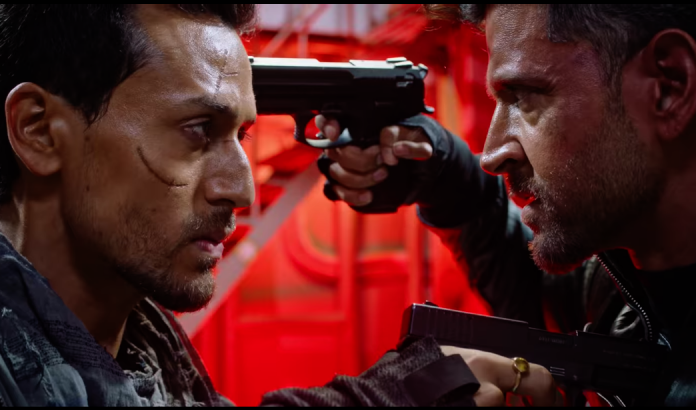 Hrithik Roshan, Tiger Shroff starrer War just getting tougher and stronger at the box office as it has become the fastest movie in 2019 to cross Rs 200 crore mark.

According to reports, War has minted Rs 27 crore on Tuesday, taking the total to Rs 206.7 crore. The jump came as Tuesday was a holiday – Dussehra – and it was a 30% rise from the previous day which was a working day.

It is closely followed by Shahid Kapoor’s Kabir Singh and Salman Khan’s Bharat.

Despite mixed reviews, the film has been breaking records ever since its release on October 2.

ALSO READ: WAR Review: Hrithik and Tiger wow you in this super stylish…

According to NewsMobile movie critic, Bhavna Kant, the film is all about swank and style, action and adrenaline, combats and chases, wow looks and location- in all, a complete look good, feel-good film that’s a good masala entertainer.

While Kabir is on his killing spree, Khalid not only has to find who is next but more importantly why. The narrative goes back and forth simultaneously to show us the past background about Khalid and Kabir when they were together as a team and the present-day cat and mouse game between them.