Bengaluru: The committee appointed to look into the allegations of D. Roopa, former Deputy Inspector General (DIG), Prisons in 2018 regarding the preferential treatment given to Sasikala, aide of the late Chief Minister of Tamil Nadu J Jayalalitha, has found merit in the allegations. The report was submitted by the former DIG (Prisons).

Post investigations, the committee has concluded that Sasikala had left the prison illegally after being lodged at the Parappana Agrahara central prison in Bengaluru. Roopa had, after scanning the CCTV footages available, concluded that the convict had left the prison to ostensibly meet relatives and had even fudged the records while doing so. She had left at night while indicating a wrong time and returned carrying bags from outside.

She also had the prison staff cook special meals for her which was against the rules mentioned in the Prison Manual.

The report submitted by the officer had said that Sasikala had paid Rs 2 Crores to the prison staff to allow her to carry on with these illegal activities. 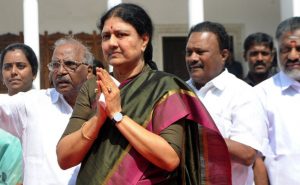 Sasikala was convicted by the Supreme Court in 2017 under a disproportionate case registered against her and J Jayalalitha.

Following this report, D Roopa, IPS had been transferred and is currently Inspector General (Home Guard and Civil Defence) in Bengaluru.

It needs to be seen what further action the state government is planning to take against those accused in the report.