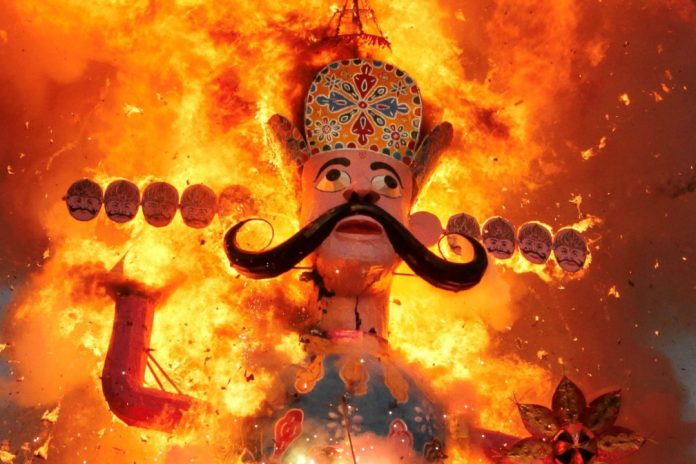 Call it Dussehra, Vijaydashmi or Shubh Bijoy, the tenth day of the Navaratri is all about victory of Good over Evil. Here is a look at how the festival is observed and celebrated differently in various parts of India. 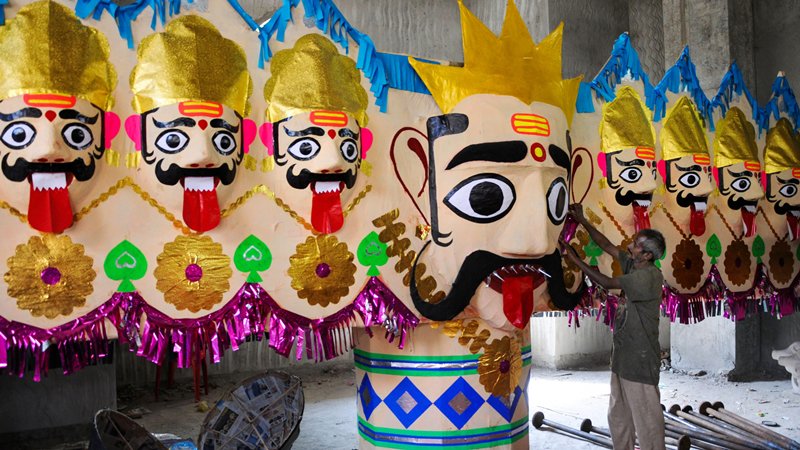 In the southern, eastern and northeastern states of India, Vijayadashami marks the end of Durga Puja, remembering goddess Durga’s victory over the buffalo demon Mahishasura to help restore good and remove the evil.

Vijayadashami also known as ‘Dussehra’ in Northern parts India is a major Hindu festival celebrated at the end of Navaratri every year. It is rooted in the Indian epic of Ramayana, which tells the story of King Rama leaving his Kingdom to rescue his wife Sita, who had been kidnapped by demon king Ravana. King Rama fights with the demon. He kills the ravana on the tenth day and rescues his wife. Dussehra marks the victory of good over evil. 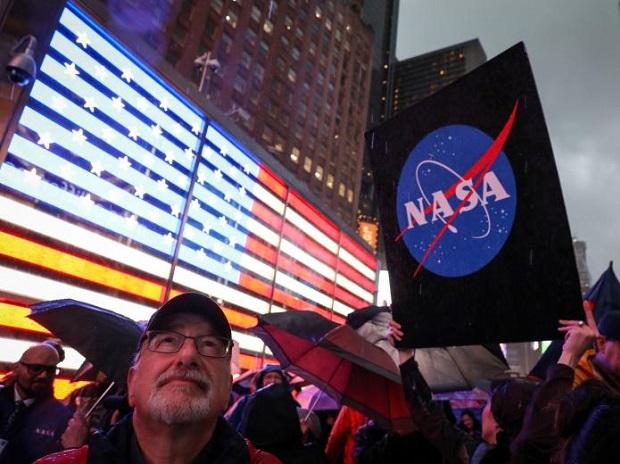