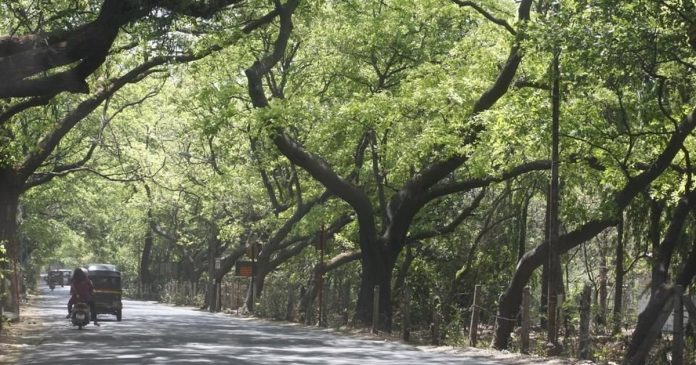 New Delhi: In a major relief for the activists, the Supreme Court on Monday directed the Maharashtra Government to not cut more trees at Aarey Colony till next hearing on October 21st.

“Don’t cut anything now,” the Supreme Court said while hearing petitions challenging the felling of trees to build a car shed for the Mumbai Metro.

The Supreme Court ordered that status quo should be maintained regarding felling of trees at Mumbai’s Aarey Colony.

The apex court asked that activists who were arrested should be released.

ALSO READ: Shiv Sena tears into BJP over felling of trees in Mumbai’s…

“In case those are still not released shall be released immediately,” Solicitor General Tushar Mehta said.

Earlier on Sunday, 29 protesters were released from Thane jail after bail was granted to them.

SC also asks to include Union Environment ministry a party.

Senior advocate Sanjay Hegde was representing the group of law students’ who sent a letter to Chief Justice Ranjan Gogoi, prompting him to set up a special bench to hear the matter.

During the course of hearing, Justice Arun Mishra asked whether or not the Aarey Colony was the eco-sensitive zone. To which, advocate Gopal Sankaranarayan said, “Wider issues relating to Aarey being a forest or not has been pending before the Supreme Court in a 2018 matter.”

He also apprised the court that a matter is also pending in National Green Tribunal as to whether Aarey is an eco-sensitive zone or not. “As the matter is pending the authorities should have not gone ahead with the felling of trees,” Sankaranarayan submitted.

On Sunday, the court received a letter by the students’ group against the axing of trees in the Aarey forest, decided to pursue it as public interest litigation (PIL) and constituted a “special bench” to hear the matter.

The Mumbai Metro Rail Corporation Ltd (MMRCL) started axing the trees on Friday night after the Bombay High Court rejected a bunch of petitions filed by NGOs and activists against the tree felling. Resolved to save the trees, many protestors gathered at the site to raise their voice against the felling of trees. Later, more people joined the protestors near the Aarey colony area, where the Mumbai Police imposed Section 144, thereby banning unlawful assembly.

The protesters have been demanding the relocation of the bus depot, which is a part of the Metro III project.

The police had held at least 84 protestors for allegedly disturbing public order and obstructing government officials from performing their duties. Twenty-nine out of 84 protestors were sent to five-day judicial custody by a local court on Saturday. The 29 protestors were granted bail on Sunday by Dindoshi court on a cash bond of Rs 7,000 each and asked to appear at the police station for further inquiry.

Leaders from various political parties including Shiv Sena and Congress have condemned the move to fell the trees.

On October 5, the Bombay High Court had refused to entertain urgent mentioning by Aarey activists to stay the ongoing tree cutting.

Next hearing on the matter will take place on October 21.