Hong Kong: A day after angry protesters vandalised businesses and railway stations over government’s introduction of a new anti-mask law, all train services in Hong Kong were suspended on Saturday.

“After the outbreak of violence at multiple districts, the maintenance staff has to make sure of their own safety before they could travel to the damaged stations to inspect and assess the extent of damages at our stations, and to carry out repair works,” the MTR said in a statement. 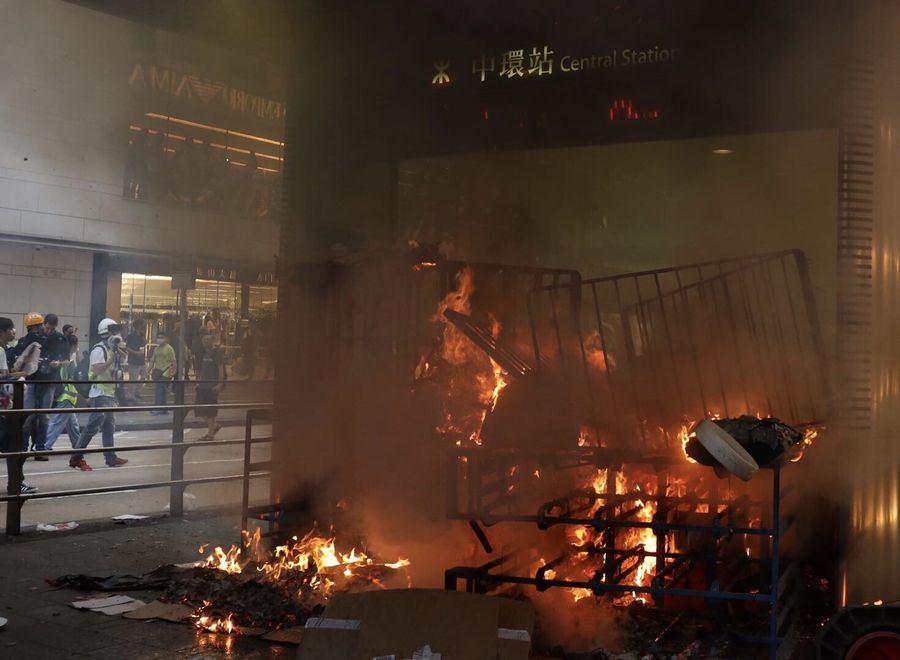 “After conducting an assessment jointly with the Police and other relevant government departments, all MTR services covering the Heavy Rail including Airport Express, Light Rail and MTR bus cannot be resumed this morning (5 October),’ it added.

Reportedly, violence gripped Hong Kong on Friday after thousands swept into the streets triggered by government’s decision to invoke a colonial-era law for the first time in over half a century to use it to ban face masks.

The move came into effect on Saturday.

The city’s months-long protests further escalated on October 1 when a police officer shot an 18-year-old demonstrator in the chest with a live round. The incident took place on the same day when mainland China staged a huge military parade to celebrate 70 years of its Communist regime.