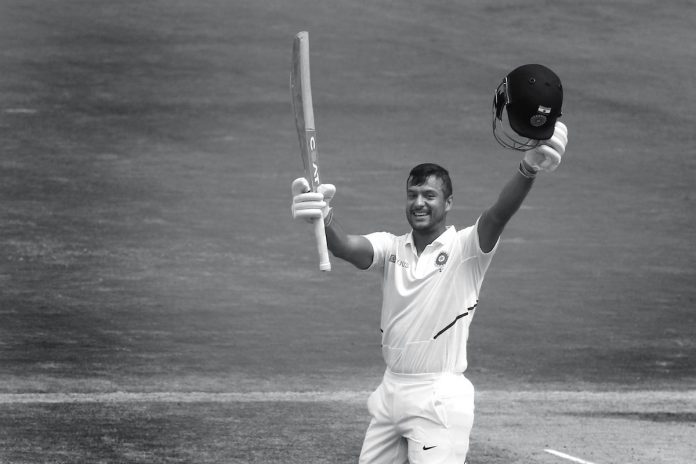 Mayank Agarwal hit a double century in the longest format of the game against South Africa on Thursday.

With the first ton, Agarwal became the 86th Indian to score a century in a Test match.

India resumed their play from 202/0 on day two of the first Test match. Riding on the confidence from day one, both openers played their natural game and didn’t allow the Proteas’ bowlers to get settle.

Despite playing defensively the right-handed batsman smashed 13 fours and two sixes in his innings.

On day one, before the downpour, India displayed scintillating performance in the match after opting to bat first. Rohit Sharma smashed his first century as an opening batsman in the longest format of the game.