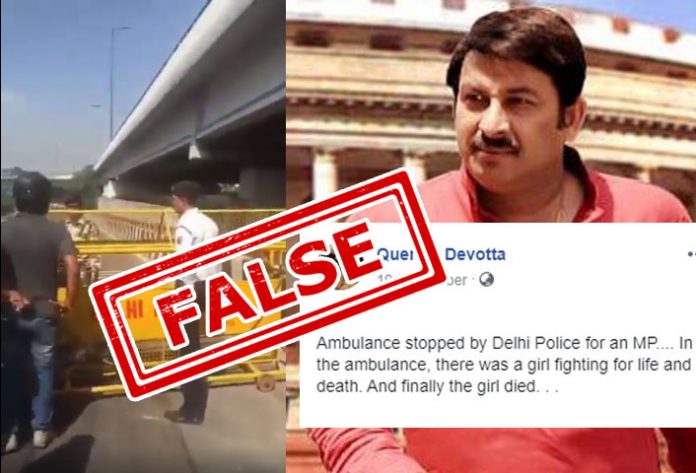 A video of an ambulance halted by Delhi Police is being circulated on social media.

According to the claim, the police stopped the ambulance to let the convoy of BJP MP Manoj Tiwari pass, resulting in the death of the girl inside the ambulance.

“Ambulance stopped by Delhi Police for BJP MP Manoj Tiwari, ….
In the ambulance, there was a girl fighting for life and death. And finally the girl died.

It can happen to you too, else send this video to the whole world and you will be ahead, ” the caption read.

When NewsMobile fact-checked the viral video, we found the claim to be misleading.

When we ran a Google search using the Keywords ‘ambulance stopped Delhi VIP’, we found that this incident is from 2017.

According to a Hindustan Times report, the incident took place near Indira Gandhi Indoor Stadium when the route was blocked for the public for smooth movement of the Malaysian Prime Minister’s convoy.

A TOI report stated that the video was shot by Preet Narula. When we searched on Facebook using keywords, we found the original video that was streamed live on April 1, 2017.

We also found a tweet by Manoj Tiwari calling out this fake news after Twitter users posted this with the false narrative.

@RahulGandhi is it compulsory to be a part of fake news factory if u have to be in congress? No traffic is ever stopped for any MP in Delhi or elsewhere, its an old video where international delegate was enroute In Delhi, @DelhiPolice pls register case against this @INC_GAURAV_ https://t.co/GAOuv1Mdcx

The above information proves that the video is old and the claim attached to it is fake. 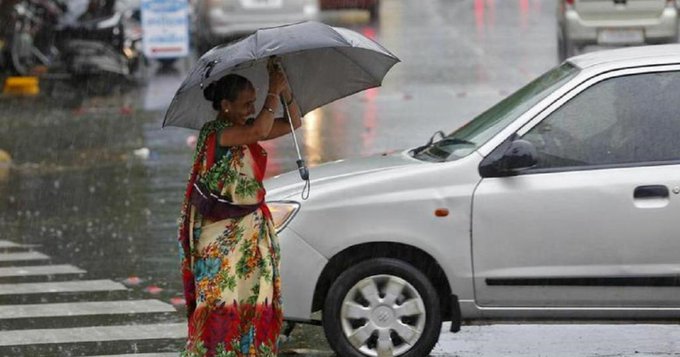