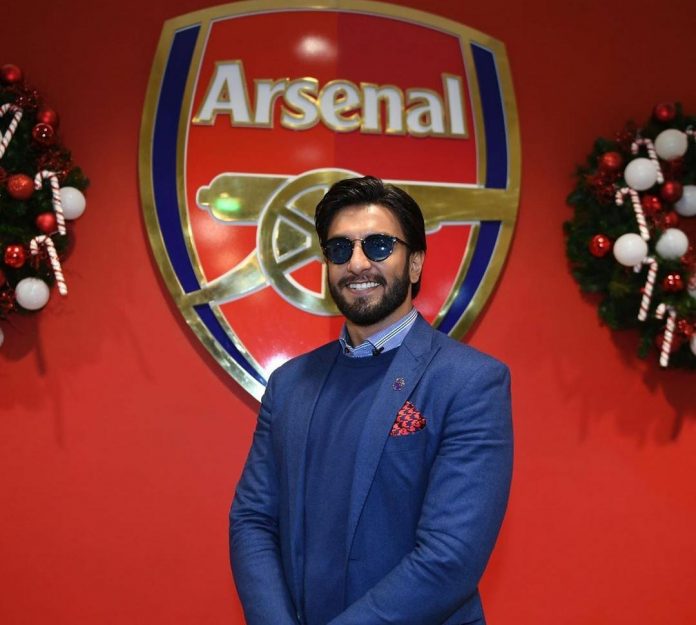 Premier League India official’s handle on Monday shared a video of Bollywood actor Ranveer Singh singing famous track from ‘Gully Boy’ to get the fans all excited for the clash between Arsenal and Manchester United in the competition.

In the video shared on Instagram, an ardent Arsenal supporter, the actor is singing ‘Apna Time Aayega’ from Gully Boy- India’s official entry to Oscars.

“Here’s something to charge you up Gunners and Red Devils. Are you excited? [?]#MondayMotivation #plforindia #munars [?]@ranveersingh and @mudelhi,” Premier League India wrote as the caption.

In the Premier League, Arsenal is placed at the eighth position whereas United is positioned at the 11th place.

The ‘Gunners’ have 11 points from six matches whereas United have 8 points.

Before the match, United’s Coach Ole Gunnar Solskjaer admitted that the team is looking for signing a striker to bolster the goal scoring.

The team has continuously struggled to score goals and the exit of strikers Romelu Lukaku and Alexis Sanchez has made the situation worse for the team.

“We let Alexis and Romelu go, you do not have to be a rocket scientist to see that it’s forward that next time we are going to recruit,” Solskjaer said.

“We are looking for some creativity and goals. There is no point getting players in that you are not 100 percent sure about. When you get players in, you need the right ones that are going to stay here for a longer period and that’s the long-term thinking we have to show,” he added.