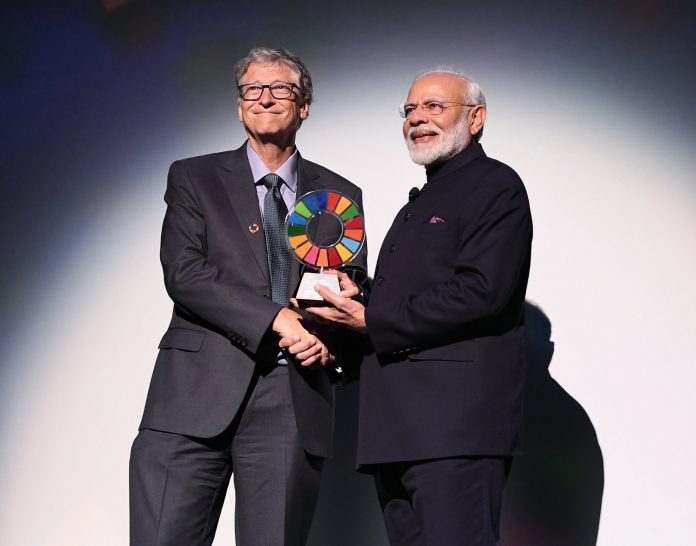 The Bill and Melinda Gates Foundation on Tuesday (local time) honoured Prime Minister Narendra Modi with the Global Goalkeeper Award for his contributions to the cleanliness drive and efforts to “improve access to sanitation in India through Swachh Bharat Abhiyaan.

The Swachh Bharat Mission was launched by the Modi government in 2014 and its components include the construction of household toilets, community and public toilets and solid waste management.

PM Modi dedicated the award to the ‘130 crore people of India and the collective endeavours of the nation to improve cleanliness.’

The Bill and Melinda Gates Foundation’s ‘Global Goalkeeper’s Award’ is accorded to a world leader every year for their achievement in a specific sustainable development goal. Prior to the Indian Prime Minister, the previous winners have been Prime Minister Erna Solberg of Norway and President Ellen Johnson Sirleaf of Liberia.

The Award ceremony took place on the sidelines of the 74th session of the United Nations General Assembly in New York.

The Foundation, in a statement to CNN, said, “Before the Swachh Bharat mission, over 500 million people in India did not have access to safe sanitation, and now, the majority do. There is still a long way to go, but the impacts of access to sanitation in India are already being realised.”

“The Swachh Bharat mission can serve as a model for other countries around the world that urgently need to improve access to sanitation for the world’s poorest,” it added.