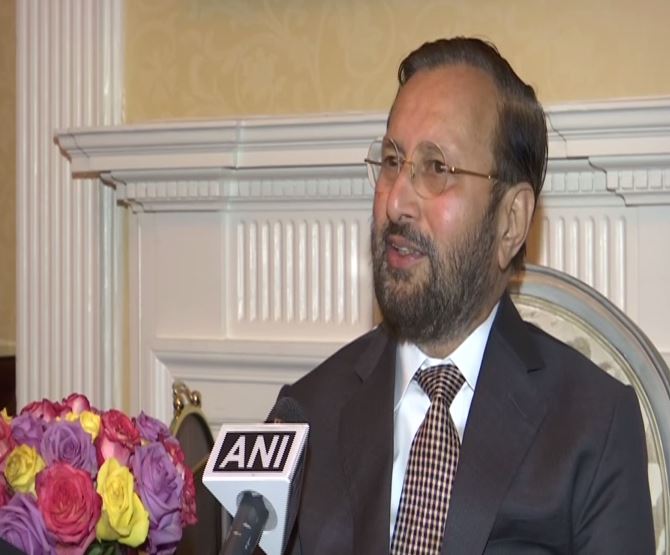 Union Minister Prakash Javadekar on Monday slammed the opposition parties for calling the ‘Howdy Modi!’ an ‘event management’ tactic and said that they do not have any real issue at hand.

“It is desperation. They have no point and no issues at hand. They are leaderless, directionless and visionless,” said Javadekar.

His comments came after the Congress leader Rahul Gandhi said that the Central government must answer questions “not through event management but sound economic management”. Other opposition leaders had also rallied behind him to take a jibe at the incumbent government.

ALSO READ: You are in US as our PM, not a star campaigner:…

Javadekar, who holds charge of the environment, forest and climate change ministry, also mounted a scathing attack on Delhi Chief Minister Arvind Kejriwal for taking the credit for improving the air quality of the national capital.

“It does not matter who takes the credit. People know who has worked. If there is an increase in dengue cases, they (AAP government) put the blame on municipal cooperation and if it is fine, they take all the credit. He (Arvind Kejriwal) cannot do politics on the false pretext. He will learn eventually.”

The Union Minister said that the air quality of Delhi improved after the eastern peripheral highway was made functional, raj ghat power plants were shut, industrial pollution controlled and the green cover was increased.

Javadekar further asserted that the green cover across the country has increased by 15, 000 thousand square kilometres in the last five years.

During the address to the nation on the Independence Day from Red Fort last month, Prime Minister Narendra Modi pitched for freedom of India from single-use plastic.