Home NM FACT CHECKER Fact Checked: Cows died in a cowshed in India? Some of these... 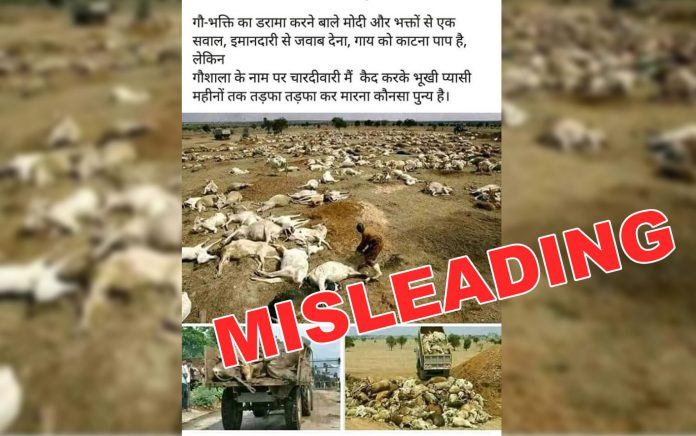 A post is doing rounds on social media with the pictures of dead cows asking goverment if it’s justified to keep cows in cowshed, hungry and thursty, while you preach for others to not cut and eat cow.

ALSO READ: Did Indian Army arrest and torture a Kashmiri journalist? Here’s the…

NewsMobile fact -checked the post, and found it to be misleading.

We put all the pictures through Reverse Image Search, and found that two of the three pictures are not from India.

Picture 1
We found the first picture on a Reuters blog and according the caption, this picture was taken in 2009, at the Kenya Meat Commission (KMC) factory near Athi River. 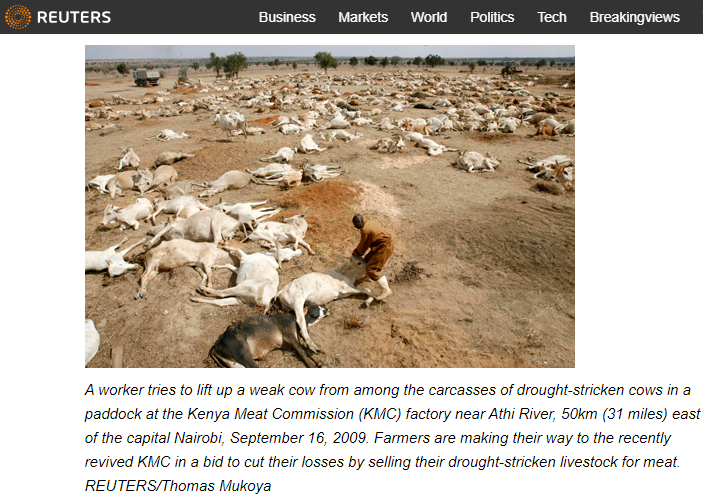 We found the second picture on a site called African Agriculture dated 2009. The caption read, “Dead cows in Athi River on Thursday. Hundreds of cows have died at the Kenya Meat Commission while awaiting slaughter. Photo by Abel Mosingisi.” 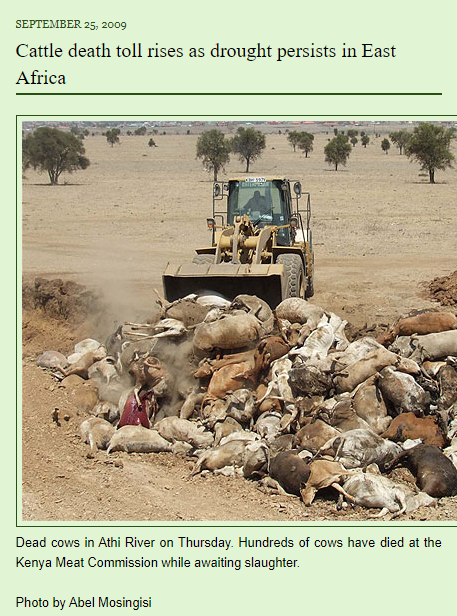 Picture 3
The third picture is indeed from India’s Rajasthan. We found the picture on several media sites. An article by Dainik Aaj fetured this image in 2016, where they reported that cows dies in Jaipur due to starvation in a cowshed. 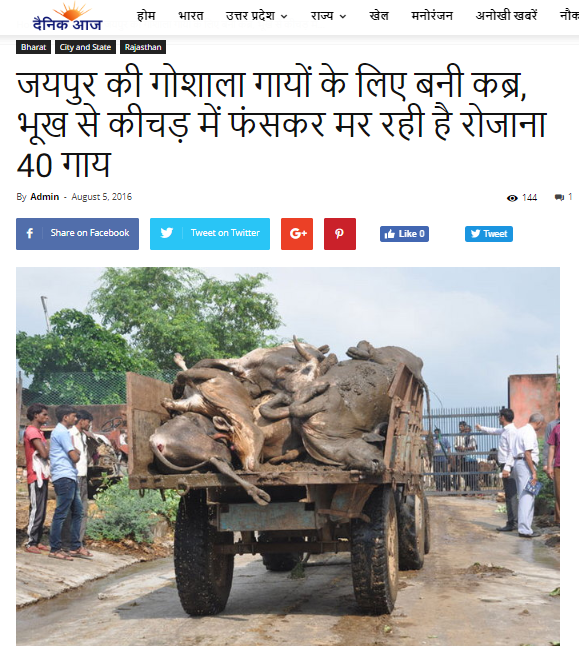 The above information proves that the post is misleading as two of the three pictures are not even from India.