Home Home Slider After Howdy Modi, India makes its mark on clean energy at the... 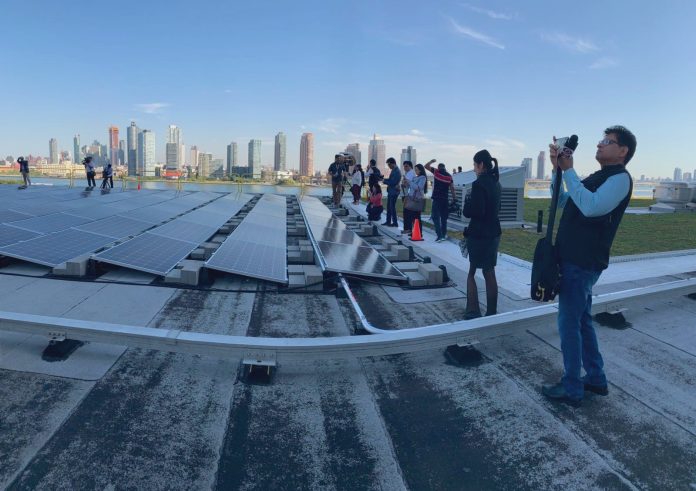 After building strategic bridges with US President Donald Trump, India is now doing its bit to act now for the people and the planet.

What may be a beginning is that India’s efforts to do its bit have led to the construction of a solar park at the UN Headquarters that will power the UN building.

Ahead of the #ClimateAction Summit on Monday, here’s a look at the #GandhiSolarPark – a gift from #India 🇮🇳 to the @UN🇺🇳- symbolising the country’s commitment to fighting climate change!pic.twitter.com/RsXpOIPUA0

The park aptly naked the Gandhi Solar park will also send out a clear message to the nations gathered here that India as a responsible global power is doing its bit to conserve the environment.

What do we know about Gandhi Solar Park?

Prime Minister Narendra Modi is all set to inaugurate the Mahatma Gandhi Solar park in the UN Head Quarters in New York on 24th September.

Thanks to the Gandhi Solar Park 🙏🏽#ClimateChange pic.twitter.com/HZ1eZPk14S

The 50 Kwh (Kilo Watt hour) rooftop solar park contains 193 solar panels, each representing the member nations of the United Nations. The total cost incurred in this project was US $1 Million.

This project started in mid-2018 and is also set to be inaugurated now.

As part of its Intended Nationally Determined Contributions (clause from the Paris Agreement), India has pledged to ensure that 40% of its total energy consumption by 2030 will be from non-fossil fuels with a major thrust from the solar energy sector.

(With inputs by Vinod Subramanian)