Home Music & Entertainment Bollywood Zoya factor Review: Plenty of humour,cricket,drama and DQ make it a worth... 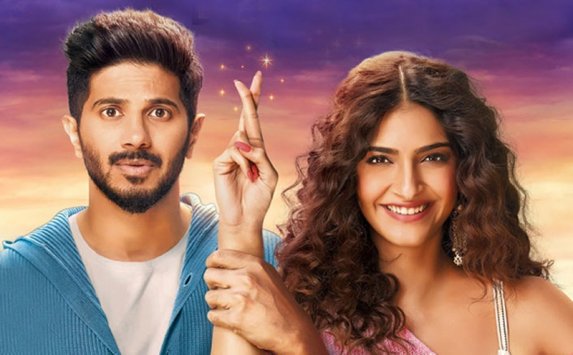 VERDICT: Light & Entertaining, this movie offers plenty of chuckles, cricket and a delectable and fabulous Dulquer!

PLOT: Based on a book by the same name, written by Anuja Chauhan, the story revolves around a young and peppy Zoya Solanki (Sonam) who ends up becoming a lucky mascot in a cricket and superstition crazed India during a world cup series.

Her love angle with the Indian skipper Nikhil Khoda (Dulquer Salman) and lots of cricket politics run parallel to give way to a gripping world-cup-final kind of climax.

THE PLUS: The movie, directed by Abhishek Sharma (Tere Bin Laden, Parmanu), maintains a light and breezy demeanour throughout. I found the first half absolutely delightful and humorous. Clumsy and cute Zoya and her antics offer plenty of chuckles and laughter.The humour, romantic angle, the cricket players’ look-alikes and the rest of allied drama together makes it very engaging and entertaining.

THE MINUS: Post intermission, the story sags a little when they try to add the enmity, the lovers tiff and public frenzy angle. Somehow I feel that it seemed a little far-fetched and unrealistic.

PERFORMANCES: It was a DQ movie through and through. Dulquer shone in his performance and looked sensational. Would look forward to more of him in Bollywood.

Sonam was her usual peppy self, as often seen, and closest to Khoobsoorat’s Mili. Can’t talk more about her acting prowess.

Angad Bedi always gives a fine performance whatever be the length of role. He proved that long back in ‘Pink’ with his quiet and menacing role. He shines in the negative role as the mean cricketer here. Rest of the cast like Sanjay Kapoor, Sikander Kher and Manu Rishi were just about good in their small roles.

Music by Shankar Ehsan Loy was good if not great. Wouldn’t call it unforgettable though.

RECOMMENDATION: At the risk of seeming frivolous, I would say I actually liked the movie. Except for a certain length post interval, the rest of it was a pleasure to watch. Overall, it was a good looking and entertaining film, Dulquer being a big bonus aspect.