Home Auto KTM 790 Duke all set to be launched in India tomorrow! Here’s... 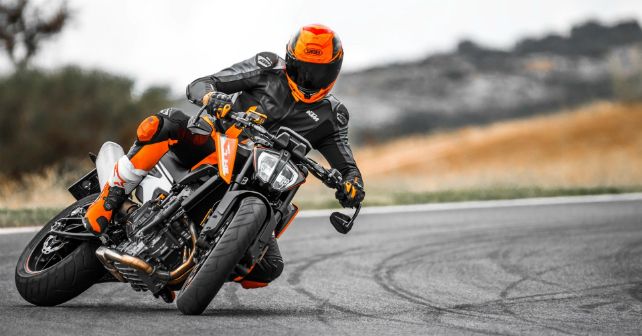 One of the most highly anticipated motorcycles of the year, the KTM 790 Duke is all set to be launched tomorrow on 23rd September 2019 in Indian and the all-new middleweight naked will be KTM India’s largest offering yet.

The KTM 790 Duke is expected to arrive in India as a Completely Knocked Down (CKD) unit, owing to which the prices are expected to be tucked under Rs 8.5 lakh (ex-showroom).

The new naked beast is powered by a 799 cc parallel-twin motor which sits in a Trellis frame and is tuned to churn out 105 bhp and 86 Nm of peak torque. This is mated with a 6-speed gearbox. It is noteworthy that the 790 Duke weighs just 189 kg, which gives at excellent power-to-weight ratio of 612 bhp per tonne. The bike comes with a slipper clutch and a two-way quick shifter, while the electronic aids list is extensive and including lean sensitive cornering ABS, three mode traction control, four riding modes – Street, Track, Rain, and Supermoto. There’s also wheelie control, launch control, LED headlamp and a TFT instrument console.

The suspension set-up includes a WP-sourced USD forks up front and a monoshock at the rear, while braking performance comes from 300 mm dual front discs and a 240 mm single disc, with calipers sourced from J.Juan. The bike rides on 17-inch alloy wheels wrapped in Maxxis Supermaxx ST tyres.

ALSO READ: This is how Tesla Model S beat Porsche

The KTM 790 Duke is expected to brought to India in limited units and we could see the BS4 versions coming in first. There is also the KTM 890 Duke in the works that will eventually come to the country in place of the 790, and could make its global debut later this year.