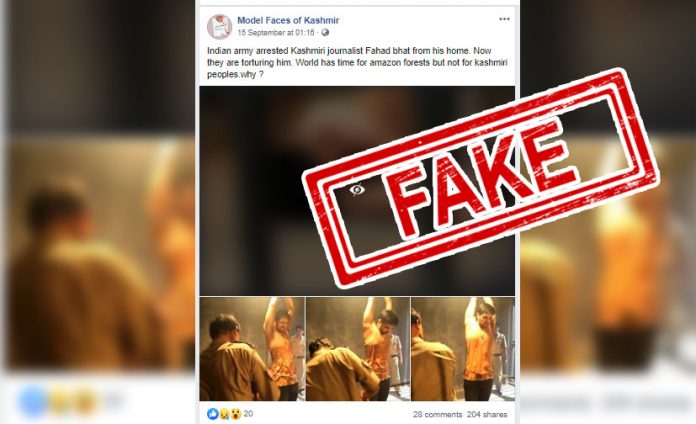 A few pictures have been doing rounds on social media with a claim that they are of a Kashmiri journalist who was recently arrested by the Indian army and was tortured.

“Indian army arrested Kashmiri journalist Fahad bhat from his home. Now they are torturing him. World has time for amazon forests but not for kashmiri peoples.why ?” the text read.

We started our investigation by checking the comments on the tweets and the Facebook posts and found that many users called out this Fake post. A Twitter user claimed that this scene is from a Hindi TV series ‘Meri Ashiqui Tumse Hi’ and the man in the pictures is Shakti Arora, the protagonist of the show, who plays Ranveer. 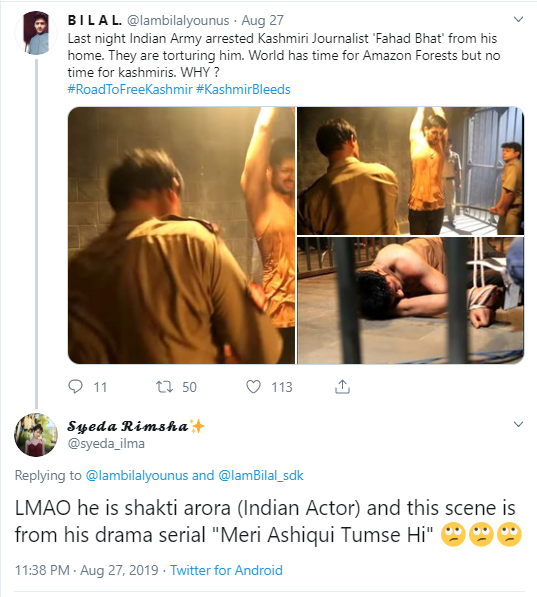 We then checked for the clip on the YouTube with keywords ‘ such as Sakti Araoa beaten up’ and found a video by Indian Forums dated September 4, 2014, titled, ‘ Ranveer Gets Beaten Up Brutally In The Lock Up’.

When we checked the video carefully, we found that all the viral picture are indeed taken from this clip. Hence proved that the claims attached to the pictures are FAKE.