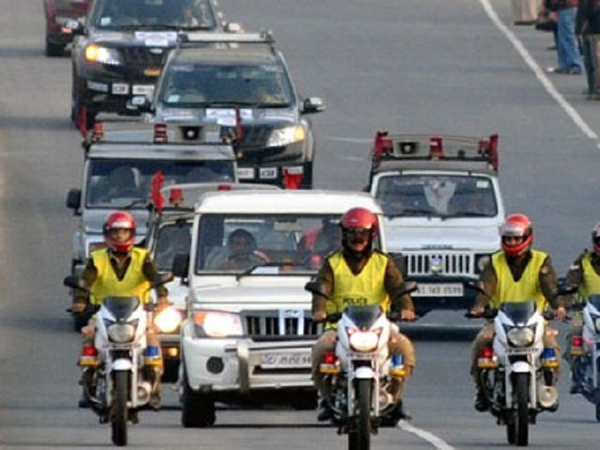 In what comes across as shocking figures, an average of three cops are allocated to protect one VIP while statistics show that for the larger citizens of the country, the ratio is 1:663. Which means that for every 663 people,1 cop is responsible.

The data released by the Bureau of Police Research and Development, an organization under the Union Ministry of Home Affairs, further reveals that out of a total of 19,26,000 cops in the country; 56,944 are deployed only for protecting 20,828 VIPs.

This is the trend across 29 states and 6 union territories (data includes the former state of Jammu and Kashmir too). Lakshadweep islands is the only union territory in India which hasn’t assigned cops for any VIP duty.

Data also reveals that Bihar, with one of the poorest police to population ratio, has the highest police deployment for VIPs. It protects about 3200 VIPs.

Other states that follow suit are: West Bengal (2207), Jammu and Kashmir (2075) and Uttar Pradesh (1901). The data proves that the northern and eastern parts of the country appears to be addicted to the concept of VIP culture.

With every state falling short of police personnel and the life of a common man being threatened by lumpen elements, does this VIP culture merit a re-think?

There is no common definition of this term and every state decides according to its whims and fancies as the subject of Law and Order is a state matter, under Schedule 7 of the Indian constitution.