Home NM FACT CHECKER Did French President Macron dance with his teacher, now his wife, as... 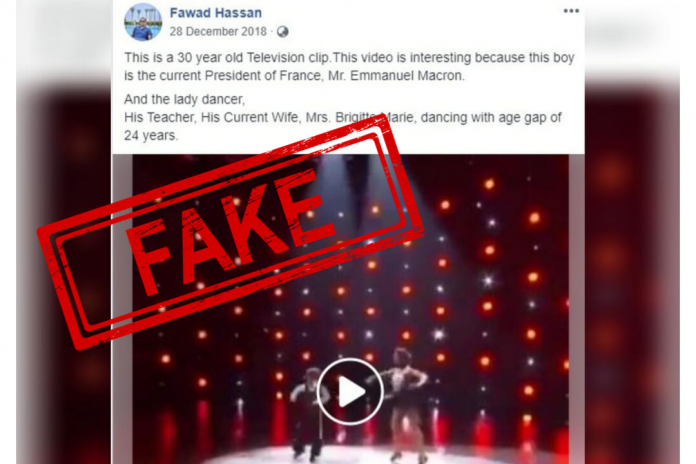 A video of a young boy dancing with a woman is being circulated with a claim that it is a 23-year-old video featuring French President Emmanuel Macron with his wife Brigitte Macron. 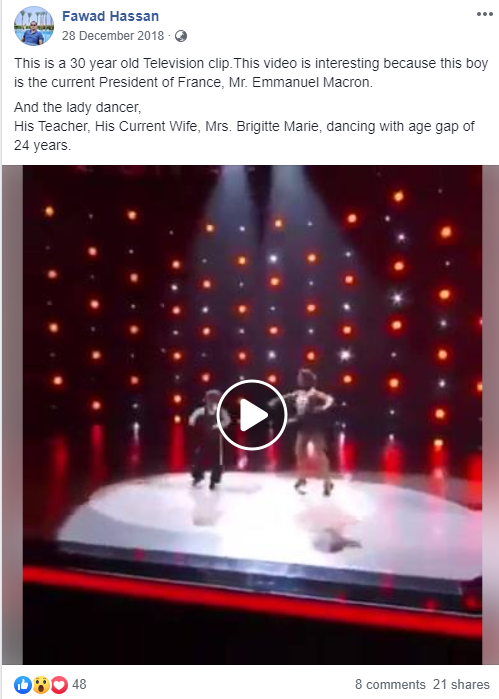 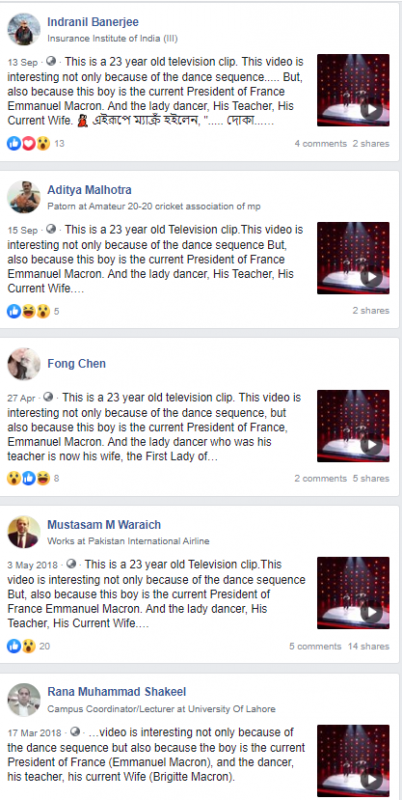 NewsMobile fact-checked the above video and found the claim attached to the video to be FAKE.

When we broke the video into keyframes and ran a Reverse Image Search, we found that this video is not related to Prez Macron or his wife Brigitte.

This video clip is from an American dance show named ‘So You Think You Can Dance’ in 2016. The performers in the clip are Jake Monreal, (small boy) and Jenna Johnson (young woman).

They are performing a Tango dance on the song “Toca Toca”, which was released in the year 2013.

This proves that the people in the video are not French President Emmanuel Macron and his wife Brigitte Macron and the claims are FAKE.