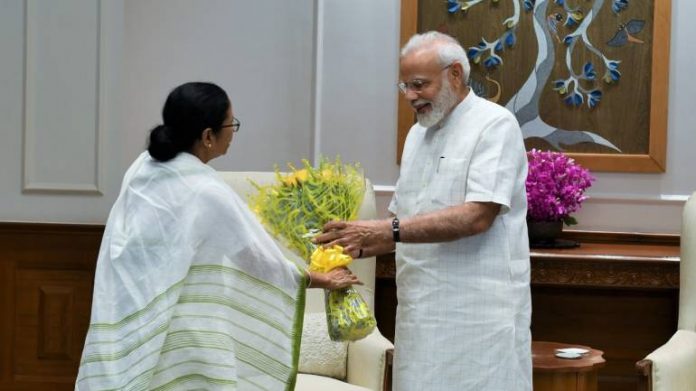 This meeting assumes significance as the state has been in a state of confrontation with the Centre on many issues. The Chief Minister is also known to have made comments ridiculing the Prime Minister and the Centre on key decisions such as the National Registry of Citizens (NRC) in Assam, cyclone management assistance in the state and other issues.

In this meeting, the Chief Minister has extended an invitation to the Prime Minister to attend the programme for world’s second-largest coal block situated at Deocha Pachami in Birbhum district of the state after the Hindu festival of Navratri.

ALSO READ: Not Just Tamil Nadu but none of the southern states will accept imposition of Hindi: Rajinikanth

Also, the following demands were made:

Change in the name of the state –

The two leaders spoke about the issue of changing the name of the state from West Bengal to Bangla. The chief minister has spoken in the past as to how the state is being sidelined in important meetings. During these meetings, the states are given an opportunity to speak alphabetically. Hence West Bengal often speaks towards the very end of the conference.