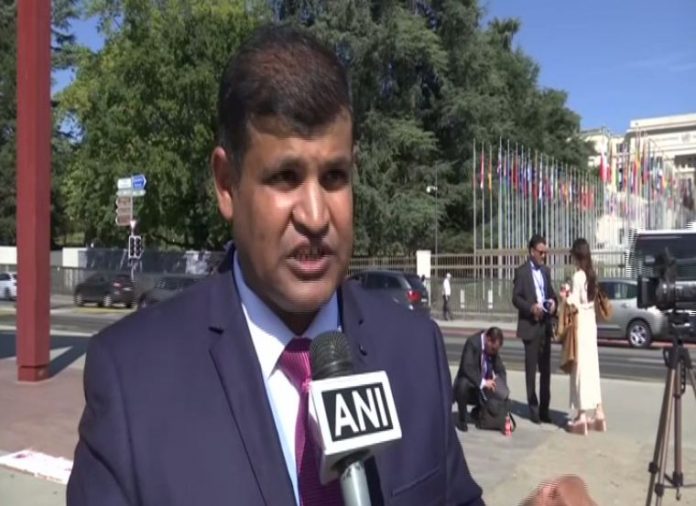 The Baloch Voice Association (BVA) has organised a protest at Broken Chair, in front of the United Nations office here, demanding its intervention to stop human rights violations in Balochistan.

The activists shouted slogans against the Pakistan Army and its spy agency, the Inter-Service Intelligence (ISI), for kidnappings, torturing and killing of human rights activists and intellectuals from Balochistan.

Munir Mengal, president of the BVA, said: “The main aim of today’s protest was to raise the voices of the people who are being victimised back at home by the Pakistani army. What crime have they committed that the state is inflicting such brutalities and they have to pay that by their blood.”

“We have asked the United Nations to intervene. It is not only restricted to any particular region. Instead, the Baloch, Pashtuns, and everybody is crying. They have joined hands with China and each day the incidents of human rights violations are rising,” added Munir.

Thousands of Balochs are disappearing and the families are unable to trace their whereabouts. They are kidnapped by Pakistan’s security agencies, the activists alleged.

Another Baloch activist, Abdul Wajid Baloch, told ANI: “We want to expose Pakistan over the atrocities and barbarism it has committed since the past 72 years. We want the UN to raise its voice against Pakistan and pressurise Pakistan to stop its systematic genocide against our people.

“India is a big democracy. We have a lot of expectations from India that it will help us in achieving our demands. If India wants regional peace, it has to support the Baloch Freedom Movement,” he stressed.

The protesters also noted that the Baloch demand independence from Pakistan as it was an independent nation before 1947 and was forcibly occupied.

“On one hand, they say that India is doing atrocities in Kashmir while on the other, Pakistan is curbing the media from reporting in Ghotki, Sindh, Waziristan. If they are so correct with their agenda, then why don’t they allow the media to report from its minority areas,” Mir Saleem, organiser of the event, told ANI.

Pakistan is not only blamed for human rights violations in its own country, but its engagement of promoting ‘jihad’ in neighbouring Afghanistan is also condemned.