Home NM FACT CHECKER Fact Check: No, Raj Thackeray did not make this statement about PM... 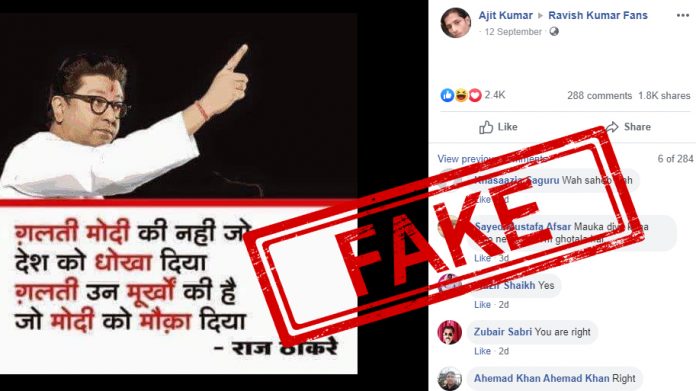 A post is being shared on social media that attributes a quote to politician Raj Thackeray. 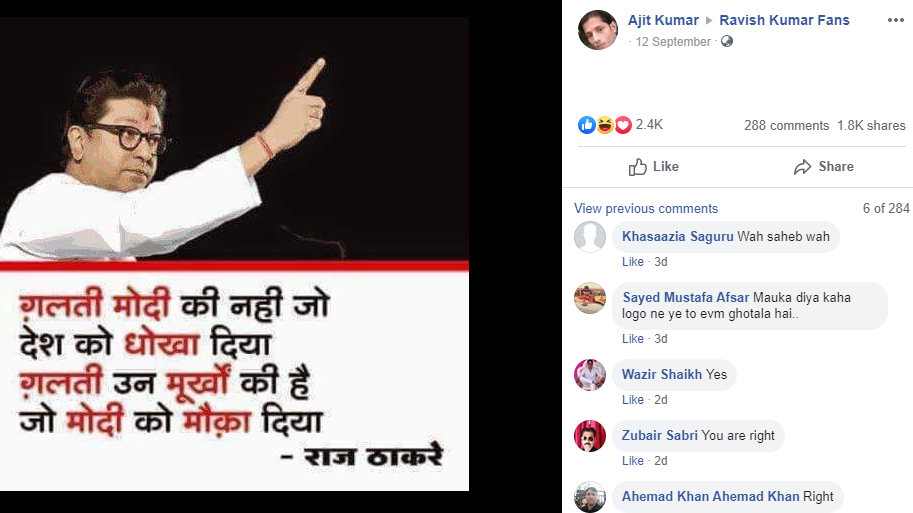 When we ran a Google search with keywords ‘Raj Thackeray on Modi’, we did not find any report or news clips that confirm this particular quote.

We did find several reports where Raj Thackeray is criticizing PM Modi but not this quote.

“They (BJP) have looted us. Don’t vote for them. Throw them out of the government,“ Raj Thackeray was quoted as saying. He also said, ” Our country is facing two major crises at the moment. One is Amit Shah, other is Narendra Modi. Our Prime Minister is known as feku (big mouth). Go to internet and search for feku, our PM Narendra Modi’s name will pop up.”

However, the viral quote attributed to Thackeray was not found.

Moreover, we found that the same quote is also falsely being attributed to Bollywood actress Priyanka Chopra.

The above information proves that the viral post is False.