Home NM FACT CHECKER These cops were not fighting over share of challan money; here’s the...
ShareTweetGoogleWhatsappPrint
Mail

A video of three policemen involved in a brawl has surfaced on the internet. The cops can be seen as physically fighting. It has been claimed that they were fighting over the unequal division of fine collected. 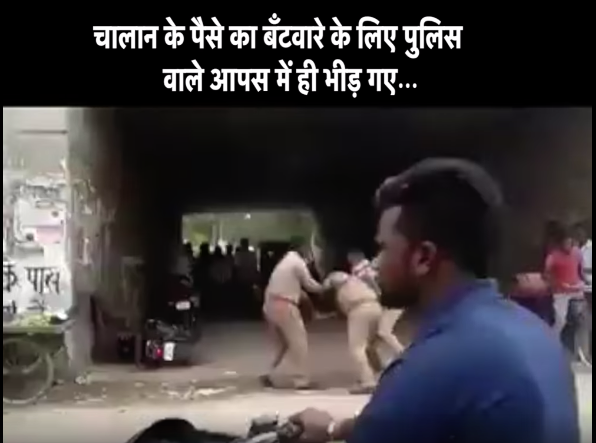 On putting the keyframes of the video through Reverse Image Search, we found the same video posted by verified Twitter handle of newswire ANI which was dated June 26th, 2016.

#WATCH: Policemen in Lucknow scuffle on road over a share of bribehttps://t.co/2WtbP1i8O1

According to ANI, the police officials were involved in the scuffle over the share of bribe in Lucknow.

Hence, the above information proves that the claim attached to the viral video is FALSE.