Home Auto MG eZS teased before India launch with a positive take at the... 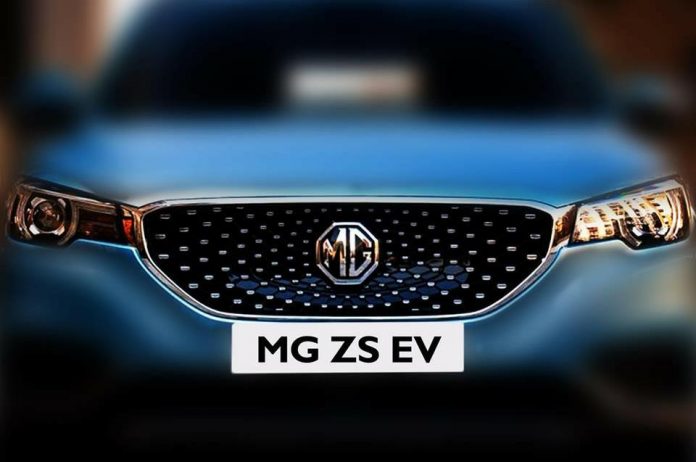 Morris Garages Motor entered the Indian automotive space with the MG Hector and are slated to launch their electric offering- the eZS- in India by December 2019.

The company has dropped a teaser of the eZS on its social media pages. The image shows the grille of the MG eZS with the MG badge and the signature squared-off look and a witty tagline with reference to the odd-even scheme of the Kejriwal government- ‘EVen against the odds’.

It will be one of the first-ever fully electric SUVs in India when it is launched. MG Motor further said that its electric vehicles will get over-the-air (OTA) technology and would go over 300 km in a single charge from its lithium-ion battery. The company is yet to announce the exact specifications for the eZS.

By the end of 2019, MG Will have a total of 120 sales and service outlets across India and the company said it will also reach out to Indian target audience and educate them about electric vehicles and look to address issues such as range anxiety and charging infrastructure.

The company has already launched the electric SUV in the UK and its priced between Rs 18.36- Rs 20.07 lakh and will directly stand against the recently launched Hyundai Kona Electric.

The MG ZS EV in the UK, is powered by a single electric motor that produces 141 bhp and 353 Nm of peak torque. The motor is powered by a 44.5 kWh lithium-ion battery pack that can be charged up to 80% in 43 minutes when plugged into a 50 kW fast charger. When charged with a domestic 7 kW wall box, the charging time extends to six and a half hours. MG promises a range of 262 km on a single charge on the ZS EV with the lithium-ion battery getting a seven-year warranty.