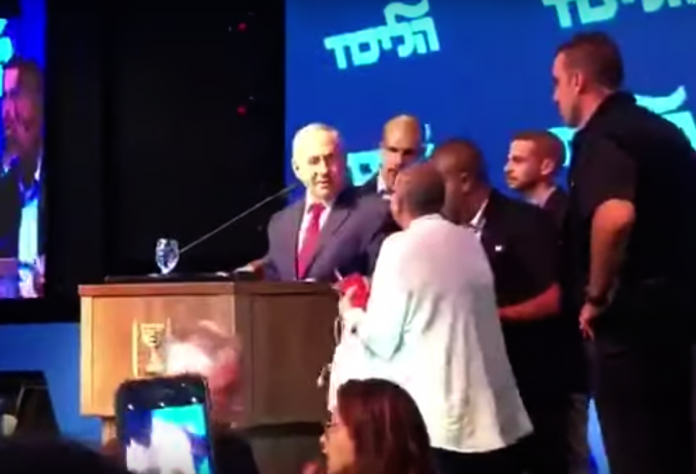 Amid sirens warning of rocket fire, Israel Prime Minister Benjamin Netanyahu was evacuated from the stage during an election rally in Ashdod on Tuesday.

Netanyahu was delivering a speech to Likud activists when at least five rockets were fired from Gaza towards southern cities of Israel.

The sirens were also sounded in Ashkelon. No injuries were reported. At least two rockets were intercepted by the Iron Dome defence system.

In a video shared by journalist Amichai Stein, security personnel were seen hurriedly escorting Netanyahu off the stage.

However, Netanyahu came back on the stage after 20 minutes and resumed his speech.

“If Hamas is shooting at us in a live broadcast, you can understand they don’t want us here. So prepare for another one. We’ll evacuate, and then we’ll return,” Netanyahu told Likud supporters.

This firing of rockets comes hours after Netanyahu pledged to annex the Jordon Valley in the West Bank.

Jordon valley and the northern Dead Sea constitute almost 30% of the West Bank.