Home Home Slider These cops were not fighting over traffic challan; here’s the truth behind...

A video of two policemen involved in a brawl has surfaced on the internet. Both the cops can be seen physically fighting and left each other bleeding. It has been claimed that they both were fighting over the unequal division of fine collected. 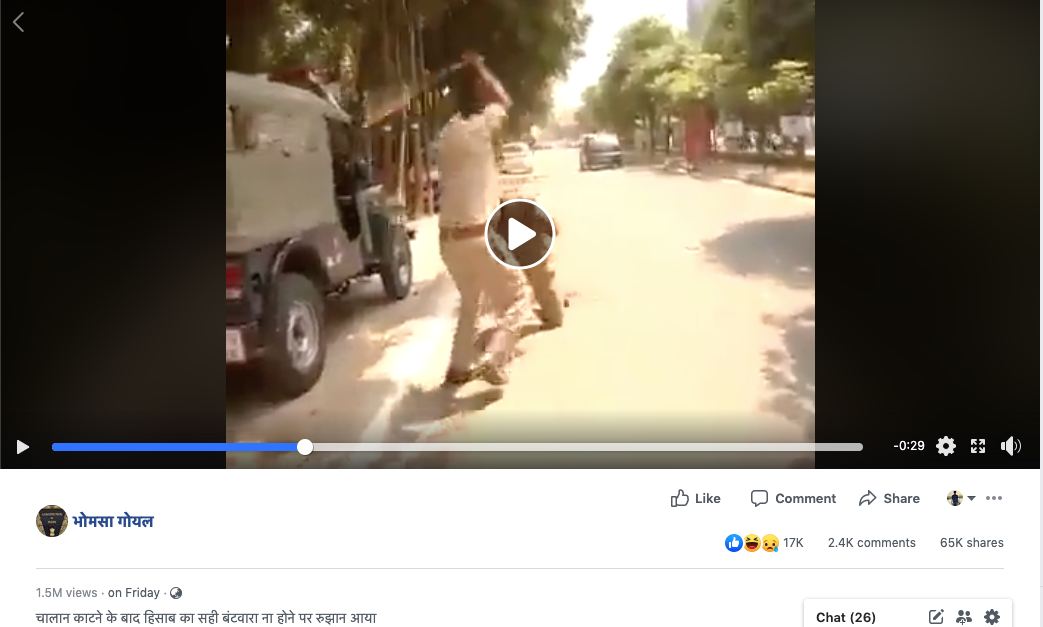 ALSO READ: Here’s the truth behind Parle shutting its oldest factory in Mumbai

At the time of filing this report, the above post was shared by over 65,000 Facebook users and had viewed by over 1.5 million.

When NewsMobile fact-checked the above video, we found the claims attached to the video to be false.

The above information proves that the cops were NOT fighting over traffic fine.