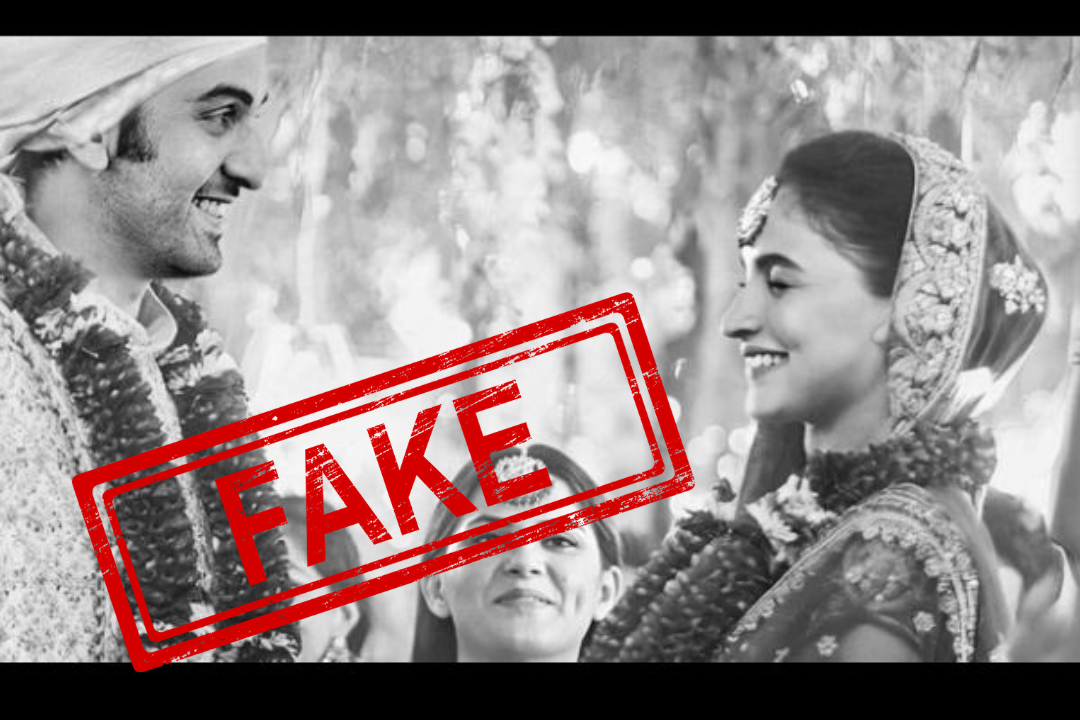 A picture of Alia Bhatt and Ranbir Kapoor is going viral where actress Alia is seen as a bride and Ranbir as a groom. 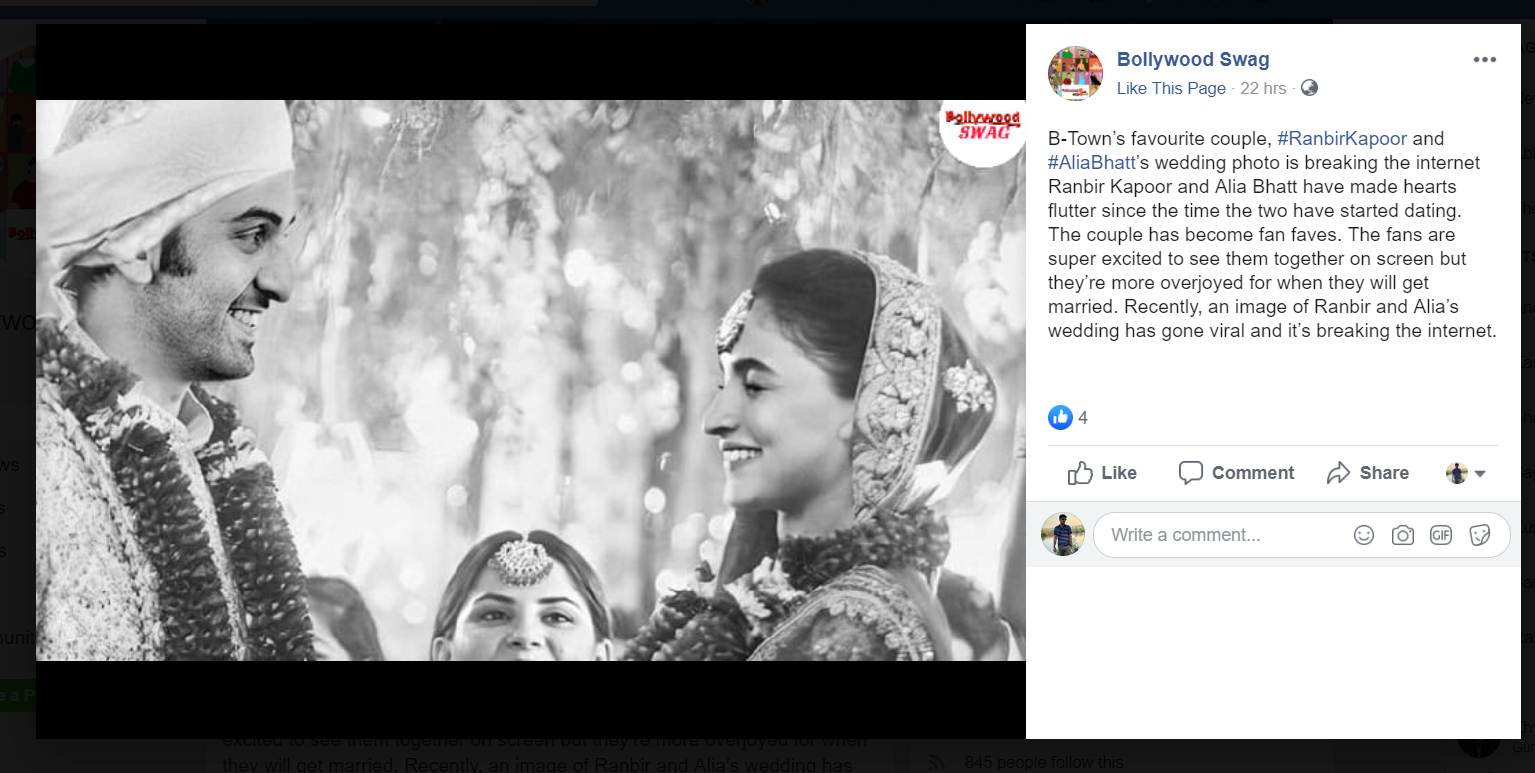 NewsMobile found the above picture to be FAKE.

Alia was seen as a bride in an advertisement and the groom was not Ranbir but another model. At the same time, some people on the internet manipulated their photo and made it a photo of Ranbir-Alia’s wedding.

Check out the original pics from the advertisement shoot:

The advertisement was directed by Abhishek Verman and Alia had also shared a video and pictures from the shooting earlier last week, which she captioned, “#DulhanWaliFeeling Super excited to be the face of @moheyfashion.. Here’s to new beginnings and beautiful lehengas.”

#DulhanWaliFeeling 🧚‍♀️ Super excited to be the face of @moheyfashion.. Here’s to new beginnings and beautiful lehengas 💃🏻✨

Hence, the above information proves that the viral pictures are FAKE. 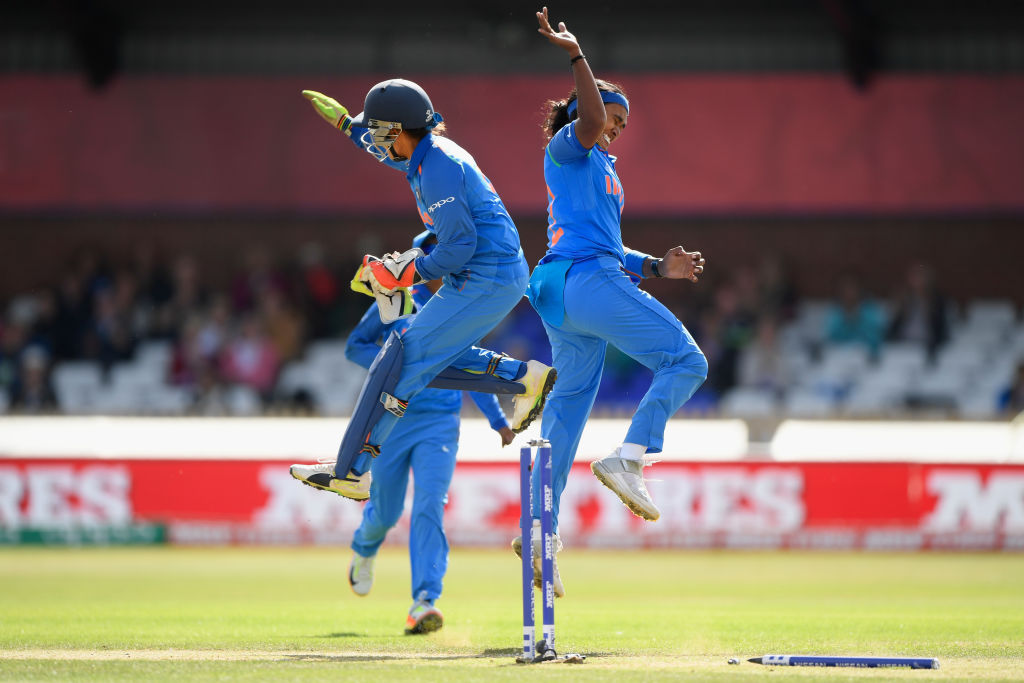