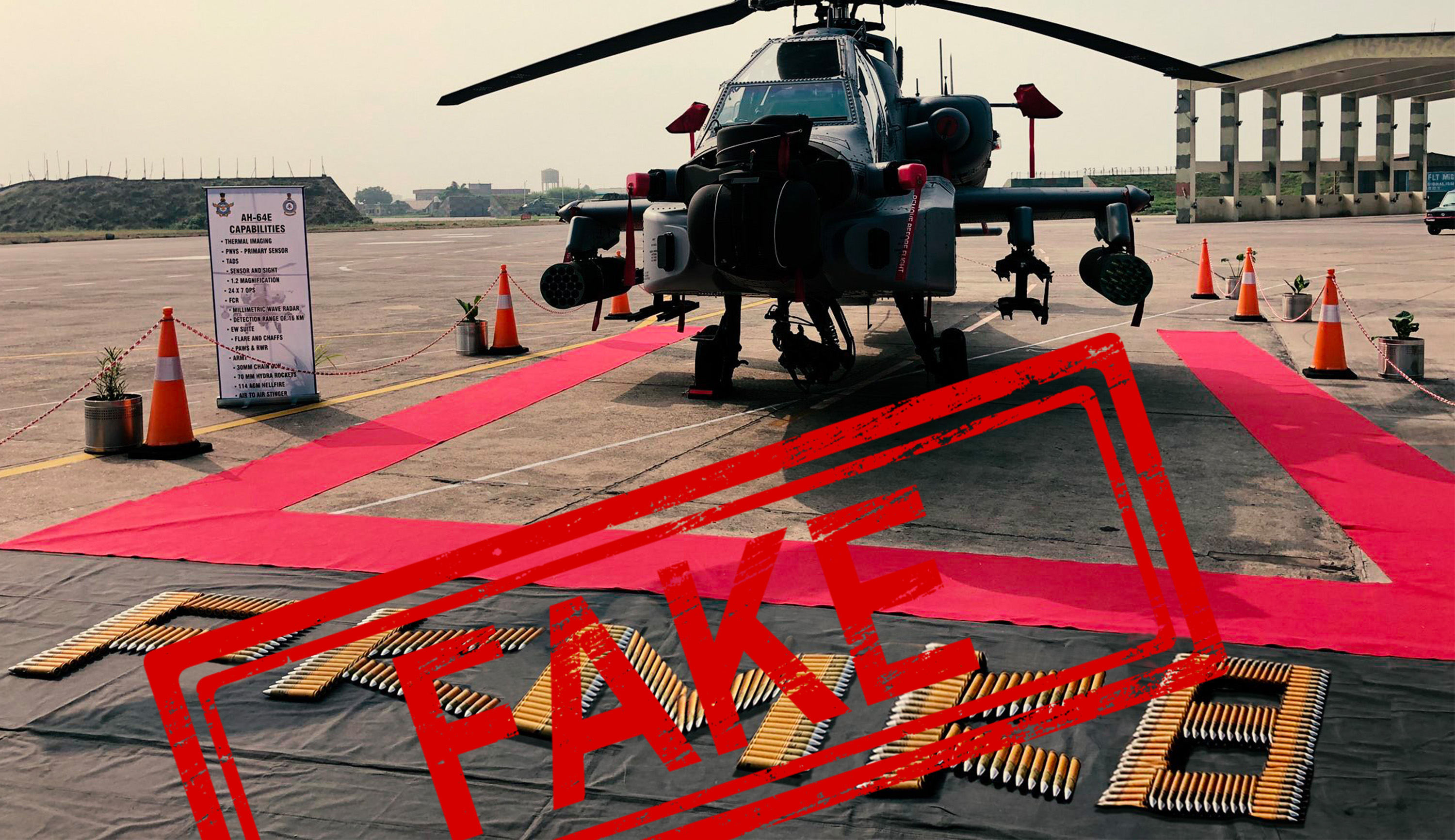 After Indian Air Force inducted Apache helicopters, a picture of the combat chopper surfaced on the internet which had ‘PKMKB’ written with the bullets. 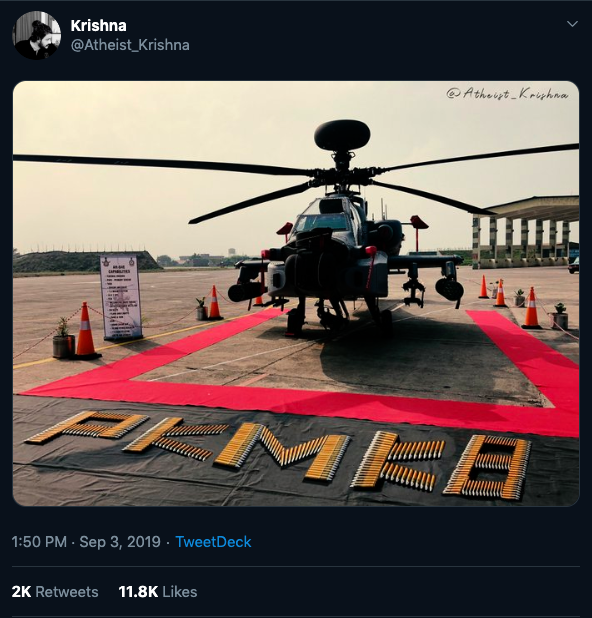 When NewsMobile fact-checked the above picture, we found it to be false.

On putting the picture through Reverse Image Search, we found the original picture and ‘PKMKB’ was not written, instead, the model of the Apache Helicopter – AH64E was written. 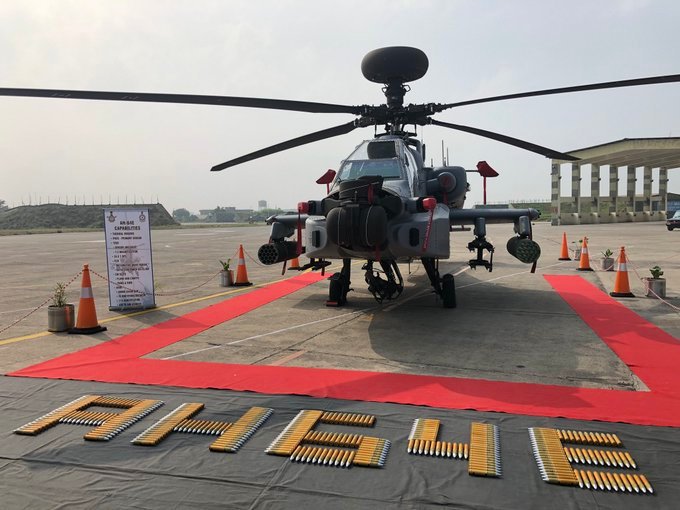 The original picture was Tweeted by the verified handle of DD News. 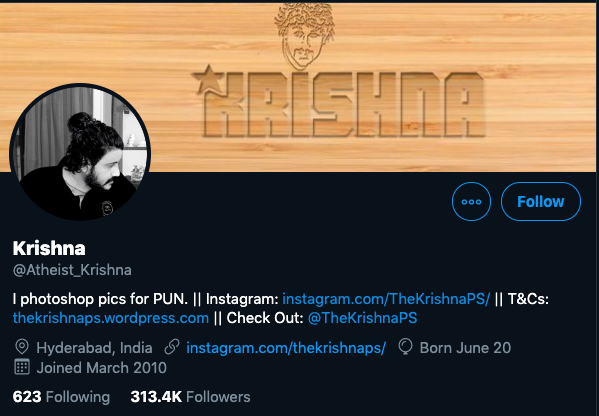