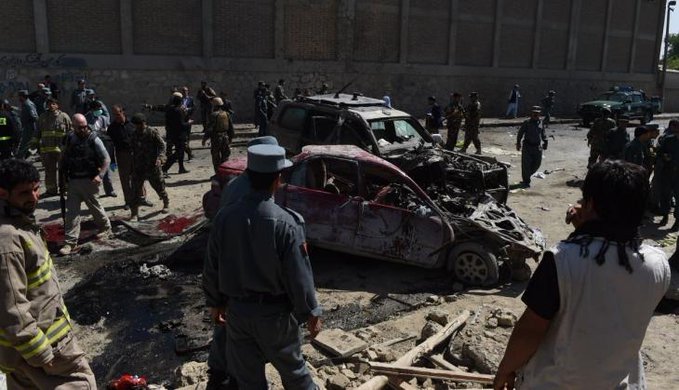 The Taliban on Thursday claimed responsibility of a car bomb attack that targeted the office of National Directorate of Security (NDS) located in the centre of the Afghan capital.

The group claimed to have targeted a foreign forces convoy which was entering an NDS facility in the Shash Darak area, TOLO News reported.

Over a dozen people were killed and survived injuries in the attack that took place around 10:10 a.m. (local time), Xinhua news agency reported.

The Shash Darak is a neighbourhood located in District 2 of Kabul and includes some of the important buildings, including the headquarters of NATO-led forces in Afghanistan, the Afghan Defence Ministry, the CIA’s Afghan station and the National Directorate of Security office.

The National Directorate of Security serves as the primary domestic and foreign intelligence agency of Afghanistan, formed in 2002, and is considered the successor to KHAD, which was the previous intelligence organization before the Afghan Civil War in 1996-2001.

The blast has come as US envoy on Afghan peace reconciliation, Zalmay Khalilzad, have been meeting Afghan President Ashraf Ghani and briefing him on the agreement that was reached ‘in principle’ with the Taliban following the completion of the ninth round of talks in Doha to end the nearly two-decades-old war.

The Afghan government was until now shut out of the negotiations as the Taliban calls it a “puppet” of the US.