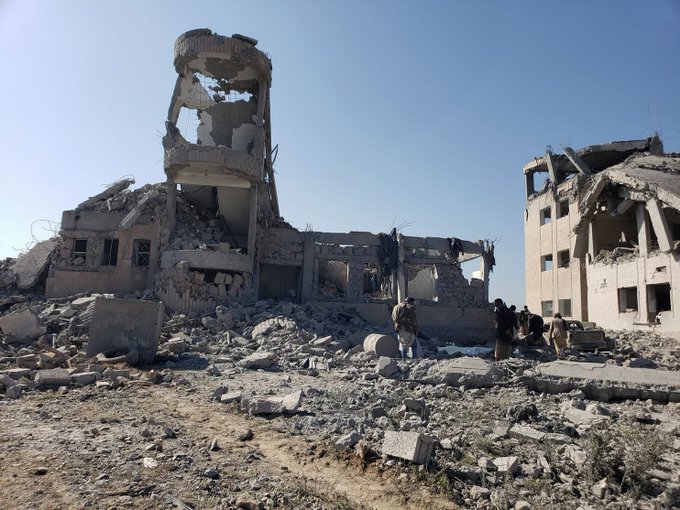 More than 100 people are believed to have been killed in an airstrike carried out by Saudi-led coalition on a detention centre in Yemen’s central province of Dhamar, the International Committee of the Red Cross (ICRC) said on Sunday.

“The head of the ICRC delegation in Yemen Franz Rauchenstein believed that more than 100 people were killed in the airstrikes on the prison in Dhamar, but this is not the final number as rescue teams are still searching under rubble,” the ICRC office told Xinhua.

The Saudi-led coalition said on Sunday that it had targetted a facility run by Houthi rebels that stored missiles and drones, while the rebels have claimed that the airstrike was carried out on the prison that held over 170 people who were captured during battles.

Dhamar is located about 100 kilometres south of capital Sana’a. The region has been under Houthi’s control since late 2014 after they forced Yemeni President Abd-Rabbu Mansour Hadi and his government into exile.

Saudi Arabia has been leading an Arab military coalition against Iran-allied Houthis in Yemen for more than four years in support of the exiled internationally recognised government of President Hadi.