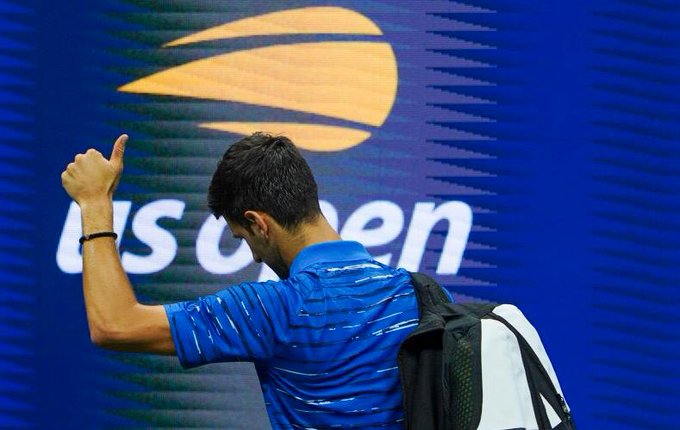 Defending champion and Seed 1 Novak Djokovic withdrew from the Round of 16 match against Stan Wawrinka and retired from The US Open owing to an injury in his left shoulder.

“The pain was constant for weeks now. Some days higher, some days with less intensity and obviously taking different stuff to kill the pain instantly,” Djokovic said.

ALSO READ: WATCH: Naomi Osaka shows spirit of compassion to Cori Gauff after defeating her in…

“Sometimes it works. Sometimes it doesn’t. You just know when you know, I guess, when you feel like you’re not able to hit the shot anymore.”

Wawrinka, the 23rd seed and 2016 champion, led Djokovic 6-4, 7-5, 2-1 when the Serb quit with a nagging left shoulder problem that had troubled him since the start of the tournament.

“It’s never the way you want to finish a match. I’m sorry for Novak. He’s an amazing champion.”, Wawrinka said.

Novak Djokovic insists his eyes are still firmly on beating Roger Federer’s Grand Slam record despite his shock retirement from the US Open.

“It’s no secret that I have of course desire and a goal to reach the most Slams and reach Roger’s record,” Djokovic said.