Home NM FACT CHECKER Fact Checked: No, this 4-YO was not migrating from Syria to Jordan... 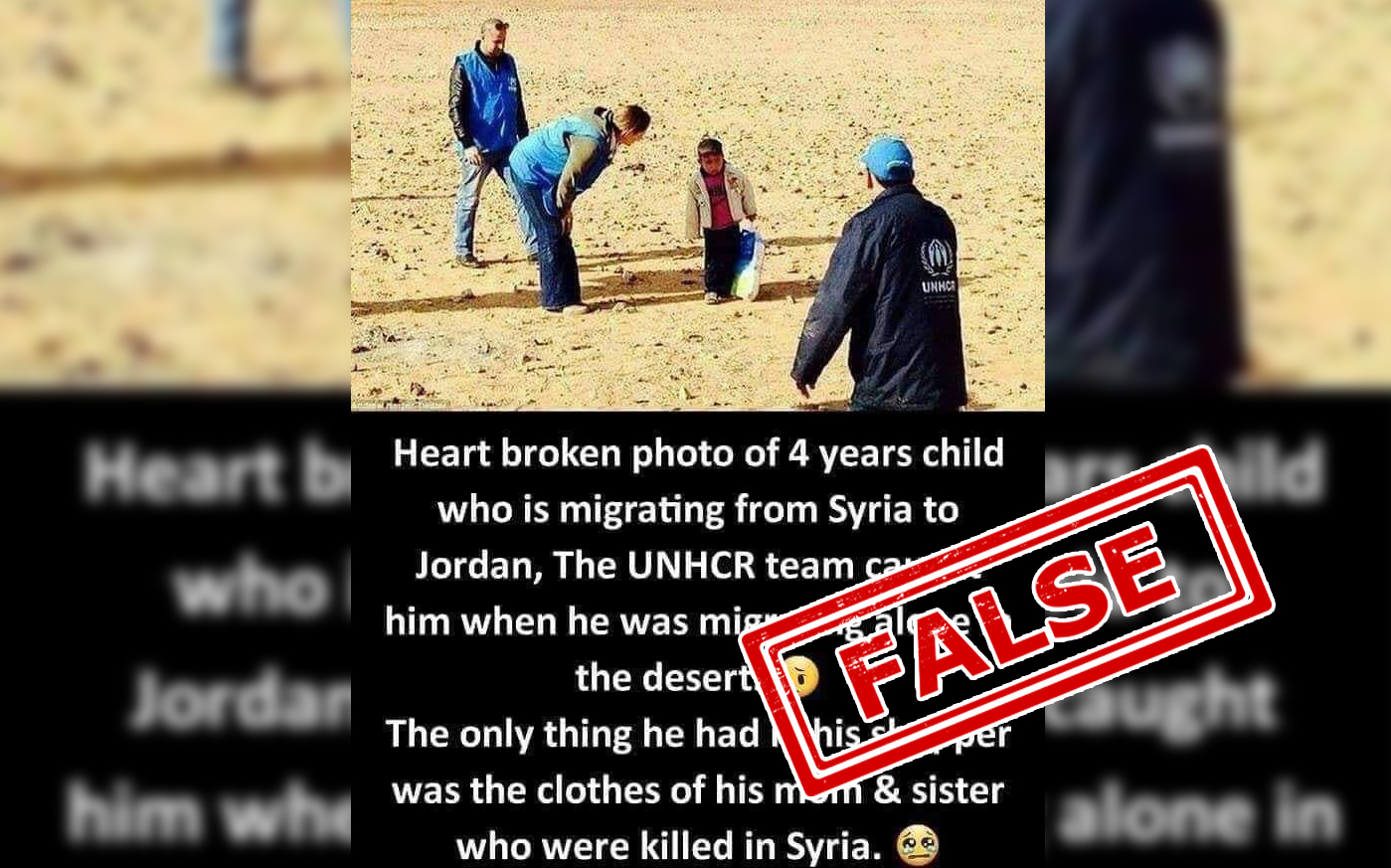 A post is doing rounds on social media claiming that a Syrian boy migrated to Jordan alone as his family was killed in Syria.

“Heartbreaking photo of 4 year child who is migrating from Syria to Jordan, The UNHCR team caught him while he was migrating alone in a desert. The only thing he had in his shopper was the clothes from his o and sister who were killed in Syria, ” the text in the post read.

When NewsMobile fact-checked the post, we found the claim to be FALSE.

On putting the image through Reverse Image Search, we found that the image was tweeted by a UN staff, with the caption, “Here 4 year old Marwan, who was temporarily separated from his family, is assisted by UNHCR staff to cross #Jordan”.

Here 4 year old Marwan, who was temporarily separated from his family, is assisted by UNHCR staff to cross #Jordan pic.twitter.com/w4s2mrNnMY

According to an article published in The Guardian on February 10, 2014, the misinformation started circulating after a CNN International anchor retweeted it with the caption “UN staff found 4 year-old Marwan crossing desert alone after being separated from family fleeing #Syria”

The UN staff, Andrew Harper, clarified that Marwan was not traveling alone and was temporarily separated from his family in the chaos. He also shared another photograph where a large group of refugees can be seen with Marvan at the back.

Marwan’s story is that he was temporarily separated frm his family in d chaos of the mass @refugees x’ing to #Jordan pic.twitter.com/ghmKtoFnYY

Thanks to Jared 4 this shot showing Marwan at the back of this group of @refugees. He is separated – he is not alone. pic.twitter.com/vq2JpxjT8j

Later Harper also tweeted that Marwan was reunited with his mother soon after.

Just to let you know that Marwan was safely reunited w his mother soon after being carried across the #Jordan border pic.twitter.com/h1XskyhWgz

This proves that the claim attacked to picture is not true.