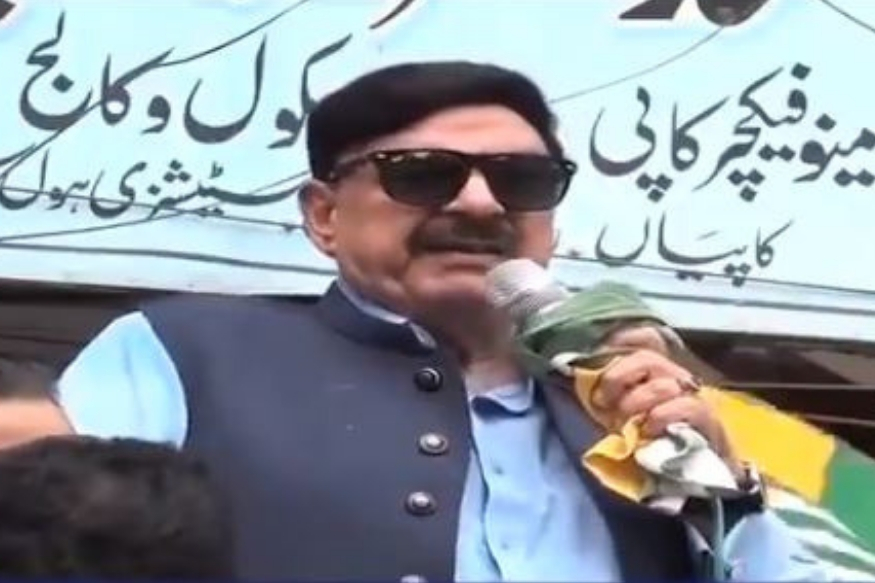 In a bizarre incident, Pakistan’s Railway Minister Sheikh Rashid Ahmed got an electric shock while addressing a gathering on Friday.

In a video which has gone viral on social media, Rashid while addressing the gathering says, “Hum tumhari Modi niyaton se waqif hain (we are aware of your intentions, Narendra Modi)”.

The second he passes the comment against Prime Minister Narendra Modi, he gets an electric shock.

While addressing media in Rawalpindi, Rashid had claimed that ‘decisive time for Kashmir’s struggle’ has come. “This is going to be the last war between both countries,” he was quoted as saying by Pakistan Today.

Khan in a televised address said that his country will go to any extent for Kashmir and asserted that Islamabad wouldn’t be afraid of using its nuclear powers for Kashmir.

Pakistan has been disturbed by the Indian government’s move to strip the special status accorded to Jammu and Kashmir under Article 370 and has found itself completely isolated despite desperate attempts aimed at internationalizing the issue.