Home NM FACT CHECKER Fact Checked: No, this picture of a Koala is not from Amazon... 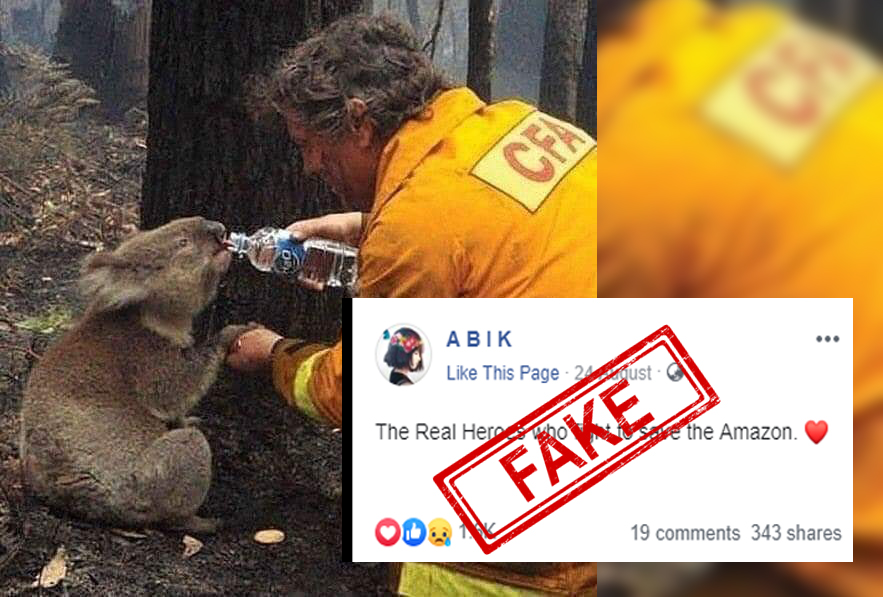 A lot of pictures of Amazon rainforests started trending online as soon as the news of the fire in the forest made headlines.

A Facebook page recently shared a picture of a man giving water to a Koala. The caption implied that the picture is of Amazon rainforest. “The Real Heroes who fight to save the Amazon, ” the text read.

When NewsMobile fact-checked the picture, we found that it’s from Australia and not Amazon.

On putting the picture through Reverse Image Search we found that the picture was clicked in February 2009 in Victoria, Australia

According to an article by The Guardian, David Tree, the CFA volunteer spotted Sam, the Koala during petrol during Victoria’s bushfires. “Firefighter David Tree shares his water with Sam during the Victorian bushfires, ” the caption of the picture read.

However, Sam died in August due to a life-threatening disease while he was undergoing an operation. 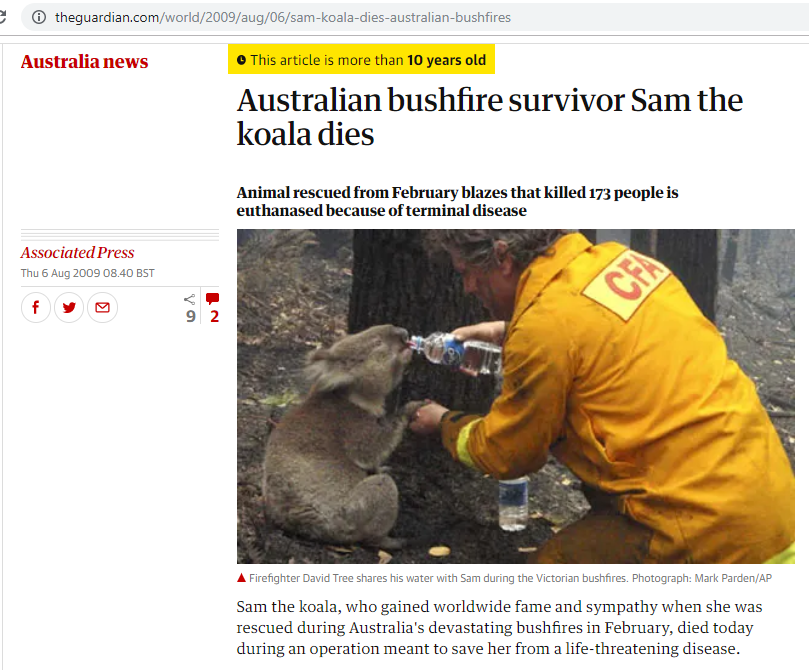 This proves that the picture is not from Amazon rainforest and the claim is false.