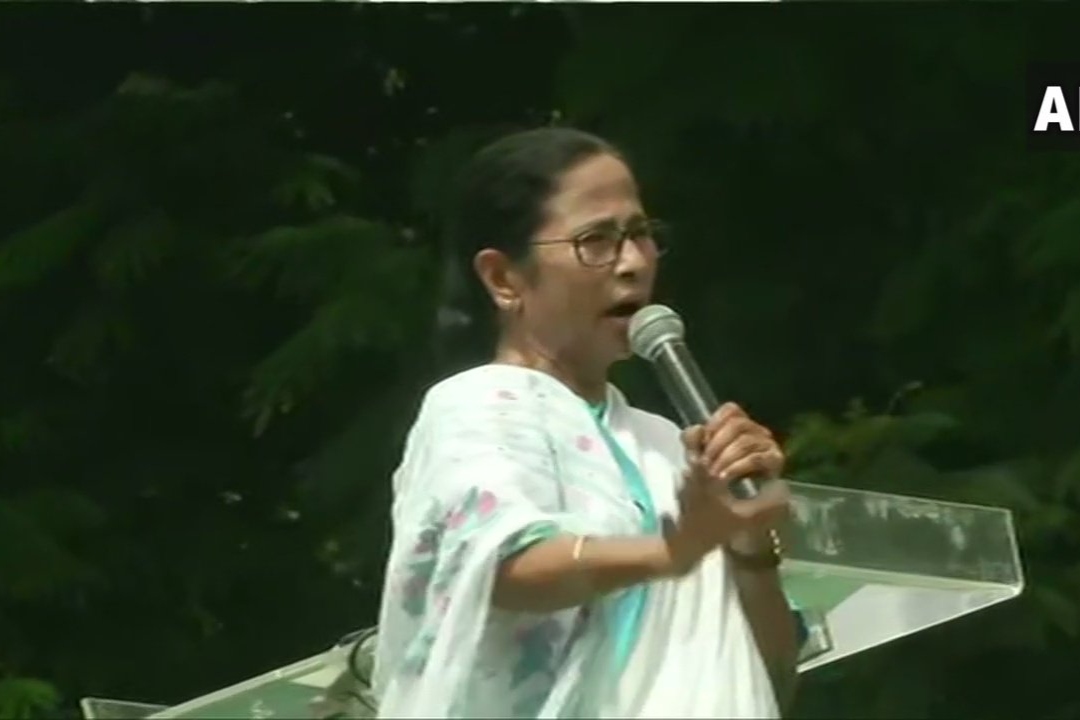 While speaking at the foundation day programme of the Trinamool Congress’ students’ wing, she said, “What is going on in Kashmir? The government is using brute force to scuffle all voices of dissent in the Valley.”

Banerjee dared the Centre to arrest her for raising her voice against the government, asserting that she “will not bow down before the BJP”.

The Bengal CM said the country is heading towards a presidential form of government, and there will be no place for democracy.

“One government, one leader, one party, I presume we are heading towards a presidential form of election. All other parties are being fragmented, when the Karnataka government fell, no one said anything. They say they’ll capture Bengal too, I’ll see how that happens,” she said.

West Bengal CM Mamata Banerjee in Kolkata: 1 govt,1 leader,1 party, I presume we’re heading towards a presidential form of election.All other parties are being fragmented,when Karnataka govt fell, no one said anything.They say they’ll capture Bengal too, I’ll see how that happens pic.twitter.com/8s0Lb7cJSX

She further said that the central investigative agencies are harassing all parties and summoning MLAs and MPs regularly. “How long can this situation continue?” she asked.

“The central government is either threatening opposition leaders or buying them out with money. It is after Bengal now, as we are opposing its policies and divisive politics,” she said adding that, “We are not scared of any agency, they will call one person today & another tomorrow. If I go to jail, I will look at it as a freedom struggle.”