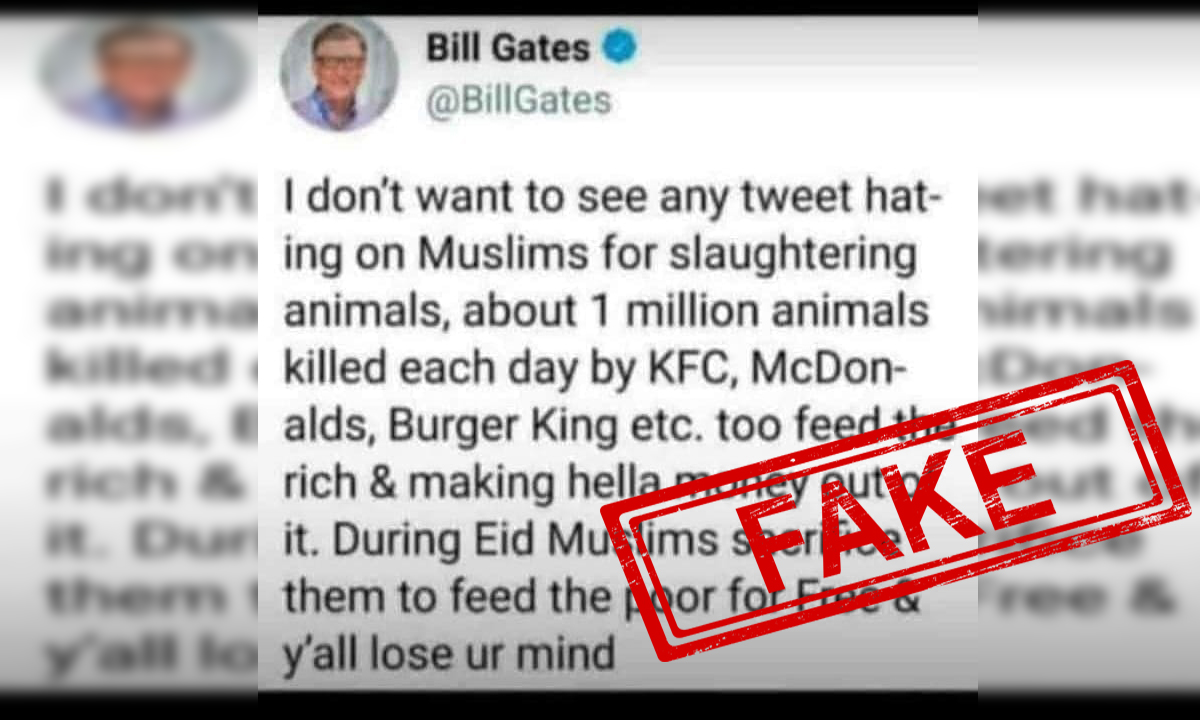 A screenshot of a tweet from billionaire Bill Gates is going viral on social media.

The tweet reads, “I don’t want to see any tweet hating on Muslims for slaughtering animals, about 1 million animals killed each day by KFC, McDonald’s, Burger King etc. too feed the rich & making hella money out of it. During Eid Muslims sacrifice them to feed the poor for Free & y’all lose ur mind.”

When we fact-checked the viral post, we found it to be fake.

We decided to check the official Twitter handle of Gates, upon running an advance search on twitter with the keywords, we found no such on his official handle. 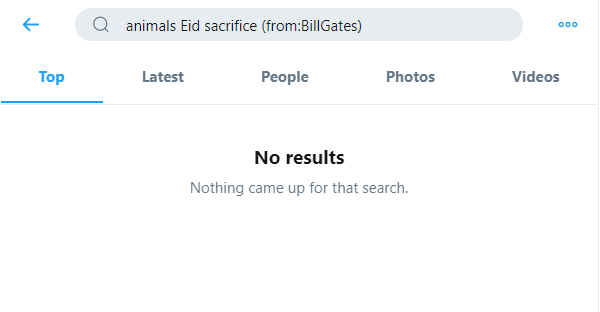 However, when we ran a search on twitter with the same keywords, we found that this message was first shared on Twitter by the user Kurdistani (@WolfieBabiee) on August 10, 2019.

The above information proves that the tweet by Bill Gates is morphed and hence is FAKE.