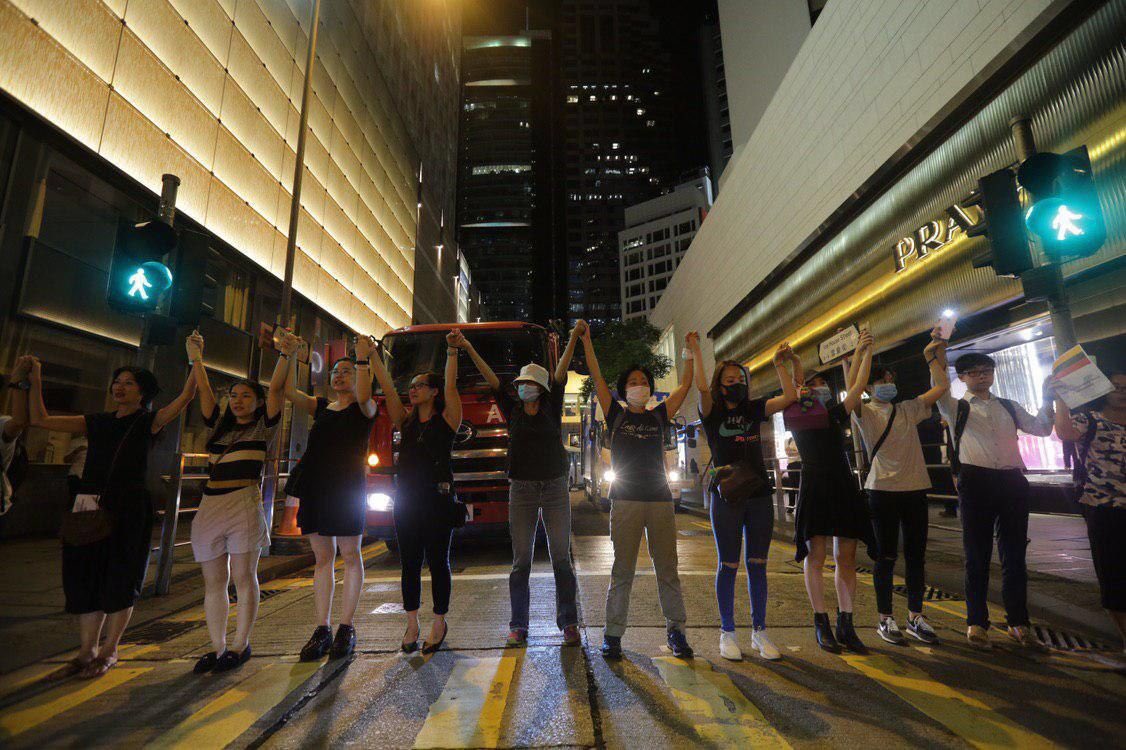 Hong Kong’s pro-democracy demonstrators on Friday night formed human chains across large parts of the city in a call for direct elections in a display that recalled a major anti-Soviet demonstration from 30 years ago.

According to reports, participants of the human chain, a part of the months-long protests over the now-suspended extradition bill that allowed criminal suspects to be extradited to mainland China for prosecution, spread across three routes totalling 20 miles over densely populated sections of Hong Kong Island, Kowloon and the New Territories. 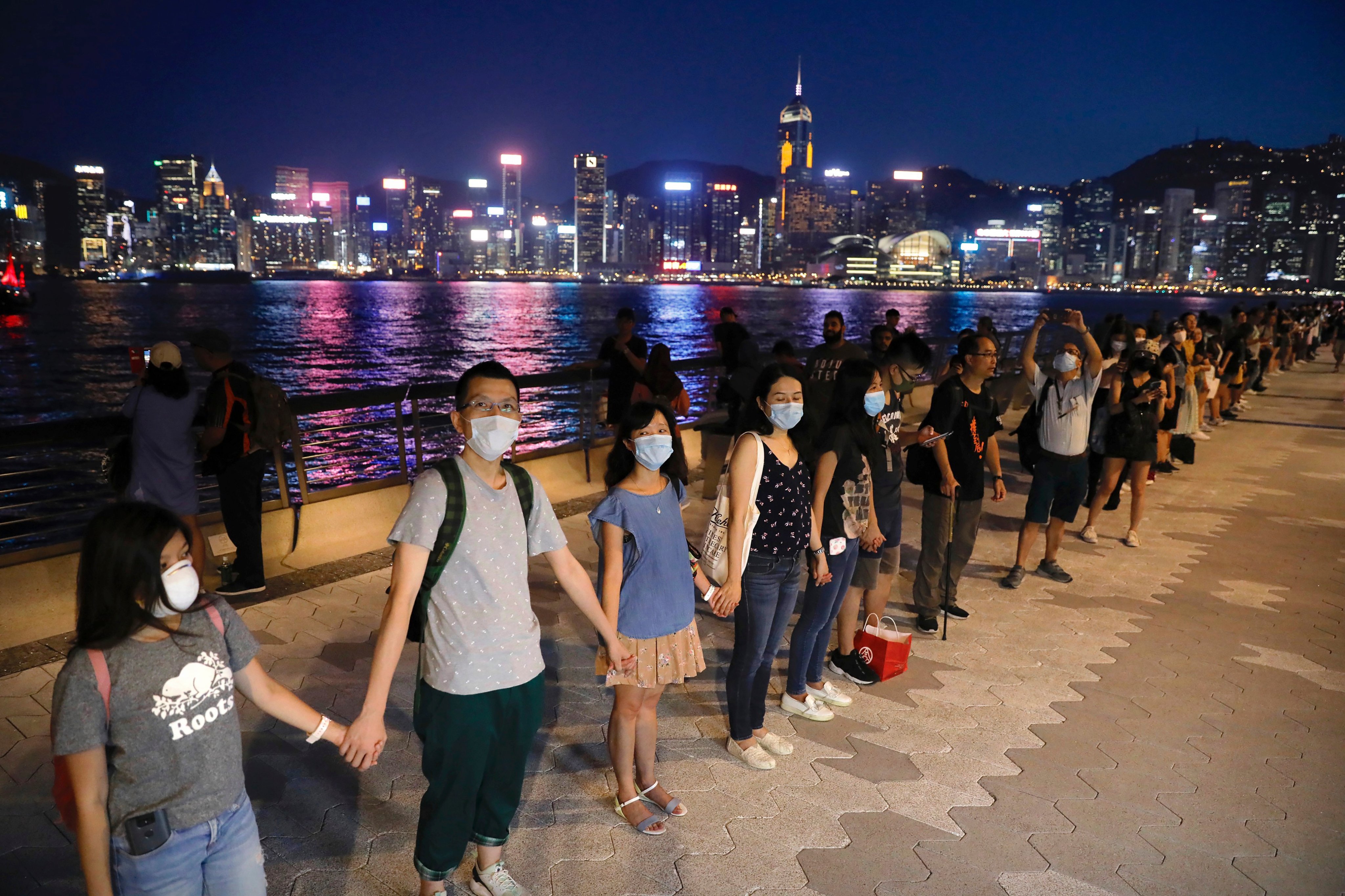 The plans developed quickly through a spreadsheet posted online this week after a march on Sunday drew hundreds of thousands who demonstrated in the rain, a sign that protesters had not been dissuaded by a police ban or warnings from the Chinese government.

Starting from around 8 p.m. (local time) thousands of demonstrators during the protest on Friday sang protest songs and chanted slogans. While many joined hands, others held up their cellphones to illuminate the lines of people. Several held signs with flags of foreign nations and the phrase, “Thank you for supporting freedom and democracy!” 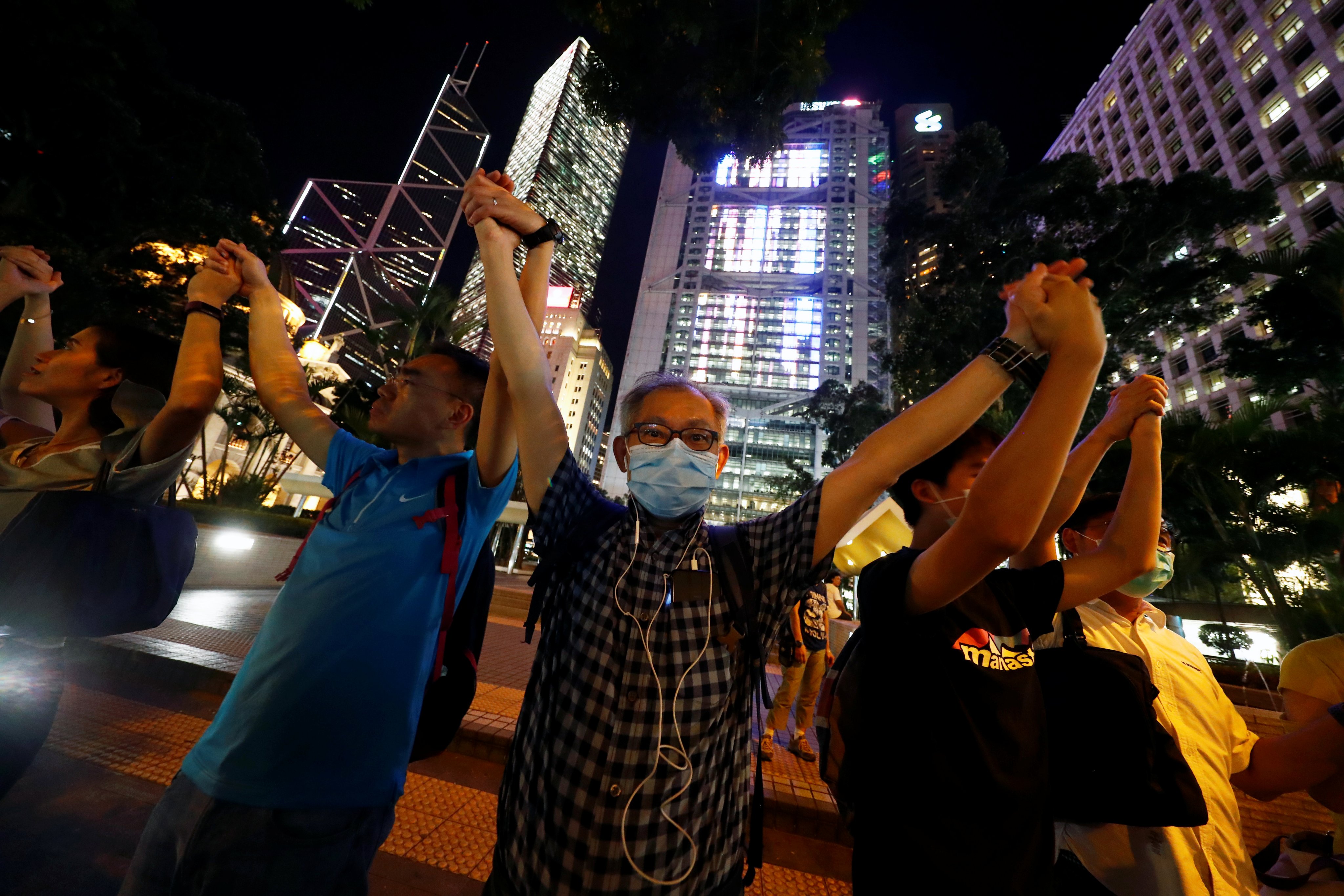 The event followed a variety of protest efforts, including marches, petitions, advertisements in international publications and walkways filled with art, as well as more confrontational actions such as defacing government buildings, clashing with the police and blocking roadways and trains. 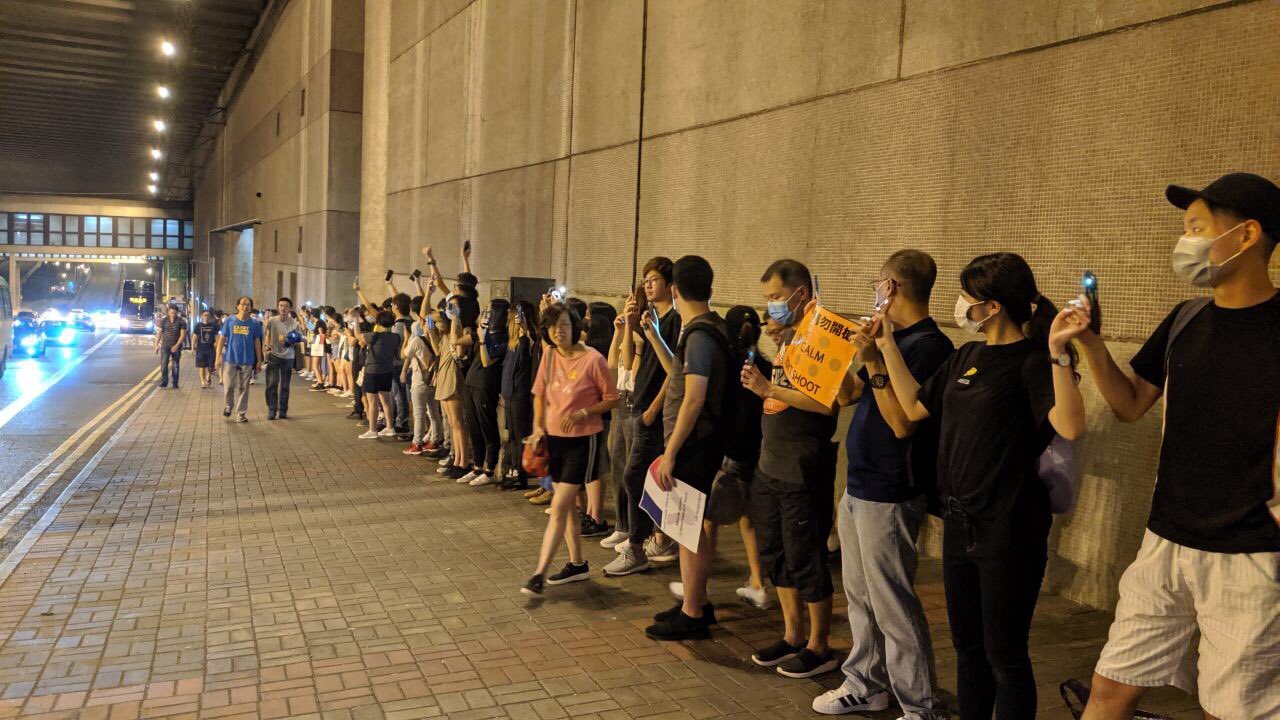 The action was planned to coincide with the 30th anniversary of the ‘Baltic Way protest’ when as many as two million residents of Estonia, Latvia and Lithuania formed a human chain to call for independence from the Soviet Union.

Avoiding the fate of the Soviet Union has been a preoccupation of the Chinese leader, Xi Jinping, and other Chinese officials. During a 2017 visit to Hong Kong, Xi gave a stern warning that challenging China’s sovereignty “crosses the red line.