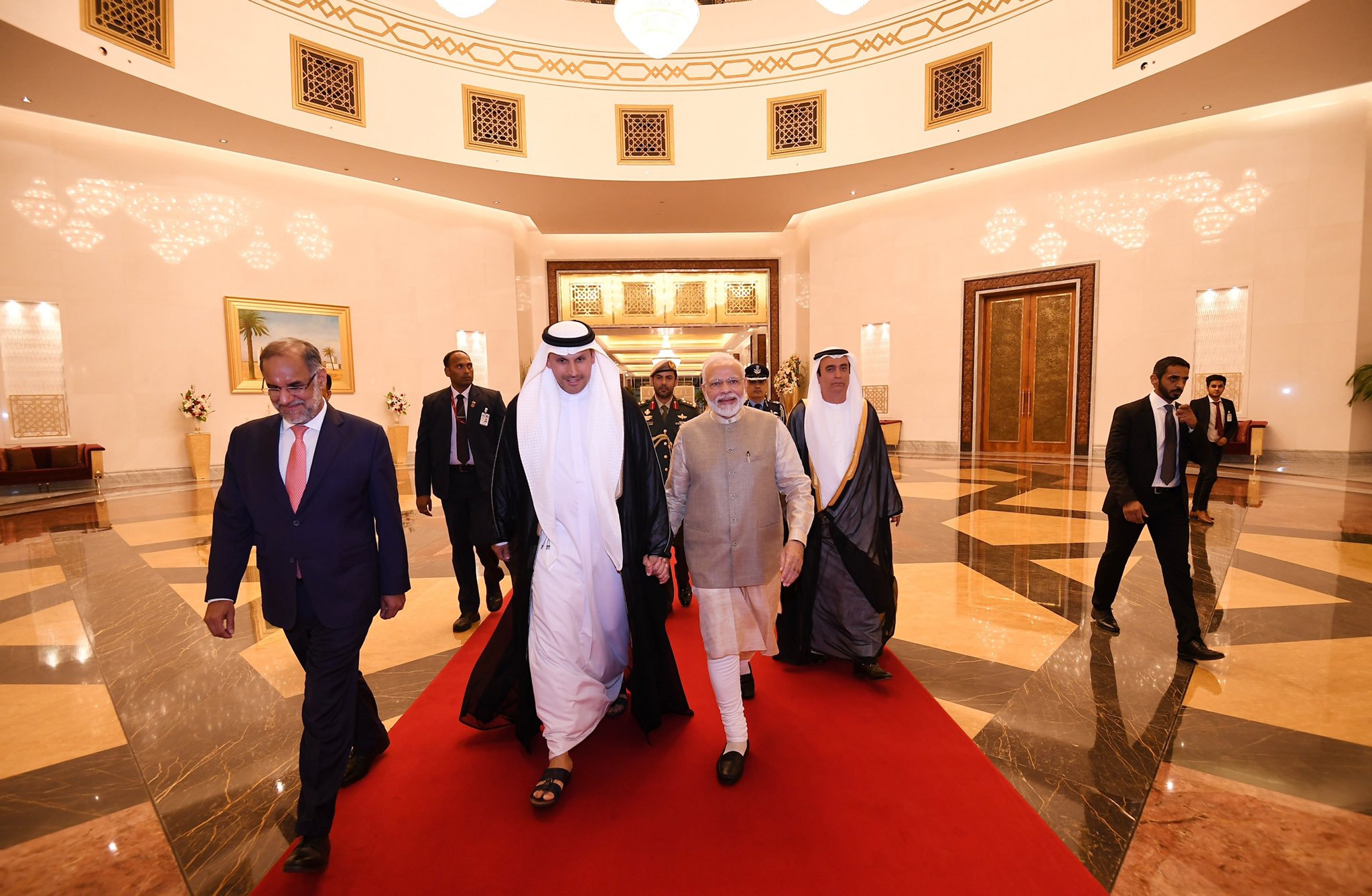 The UAE visit is also significant as post the scrapping of article 370, it is a clear message to Pakistan that UAE endorses India’s stand.

Looking forward to holding talks with His Highness Crown Prince @MohamedBinZayed and discussing the full range of friendship between India and UAE.

Deepening economic relations will also be on the agenda during this visit. pic.twitter.com/gpFmCeulj6

“We consider the UAE as a valuable partner in realising the objective to reach USD 5 trillion economy through mutually beneficial partnership,” said Modi, who is currently on a two-day state visit to the UAE.

“India has embarked on the ambitious, yet achievable, path to be a USD five trillion economy by 2024-25. We are targeting about USD 1.7 trillion dollar worth of investment in the coming five years. To achieve this vision, the government is working to promote inflows from domestic as well as foreign sources,” the Prime Minister explained.

He said that the UAE-India relations are ‘at their best ever’, adding that the UAE investments in key sectors in India are growing.

“There has been an increasing interest in investments in India in sectors ranging from renewable energy, food, ports, airports, defence manufacturing and other sectors,” Modi said.

“UAE investments in [sectors such as] infrastructure and housing are being enhanced. The UAE is our third-largest trading partner with about US$60 billion bilateral trade in 2018-19. Many of our companies are investing here in the UAE. Both countries are working closely and vigorously to implement the commitment of US$75 billion investment by the UAE in India,” Prime Minister Modi said.

“I feel immensely proud in conveying that India-UAE relations are at their best ever,” added the Prime Minister.

He highlighted the importance of the Comprehensive Strategic Partnership Agreement signed during the visit of His Highness Sheikh Mohamed bin Zayed Al Nahyan, Crown Prince of Abu Dhabi and Deputy Supreme Commander of the UAE Armed Forces, to India in January 2017 as the Chief Guest of Indian Republic Day.

“Since then we have made enormous progress in implementing agreements signed in key areas including defence, security, investment in infrastructure, energy and more. In other words, our relations are truly multi-dimensional,” Modi pointed out.

“I sincerely compliment the leadership and direction that His Highness Sheikh Mohamed bin Zayed has personally provided in taking this relationship to new heights,” he said.

The Prime Minister believes that his third visit to the UAE, in the last four years, reflects the desire and will of the two countries to sustain the momentum achieved in the bilateral relationship.

“In this visit, I look forward to further strengthening our all-round cooperation. I also look forward to holding discussions with my brother His Highness Sheikh Mohamed Bin Zayed. I greatly admire his vision. I always find the exchange of views with him stimulating and energising,” he explained.

“We have a number of important matters to discuss regarding bilateral relations as well as the regional and global situation. I am confident that my visit will serve to further strengthen our robust and vibrant relations,” Modi said.

“I am very upbeat about the trajectory of our relations and for opening up new areas of cooperation. I think there exists huge potential to make this cooperation a win-win for both countries,” he added.

About The Order of Zayed, the highest civilian award of the UAE, which he is receiving on Saturday morning, the Prime Minister said, “It is an honour of special significance for me and my fellow 1.3 billion Indians. It commemorates the memory of a great and visionary world leader, the Father of this beautiful nation, the late Sheikh Zayed bin Sultan Al Nahyan.”

“It is an even greater honour to be conferred this Order in the birth centenary year of Sheikh Zayed. His ideas, vision and wisdom are very much relevant in contemporary times. This award for me also symbolises the brotherly ties between our two countries and their peoples,” Modi stressed.

About Indian community in the UAE, he said, “We are immensely proud that the rich contribution of our community in building a modern, diverse and vibrant UAE are acknowledged and appreciated by the leadership of the UAE.

“Apart from the Indians whose remittances sustain their families back home in India, we are also witnessing a steady increase in investments into India by some of the top Indian business leaders in the UAE.