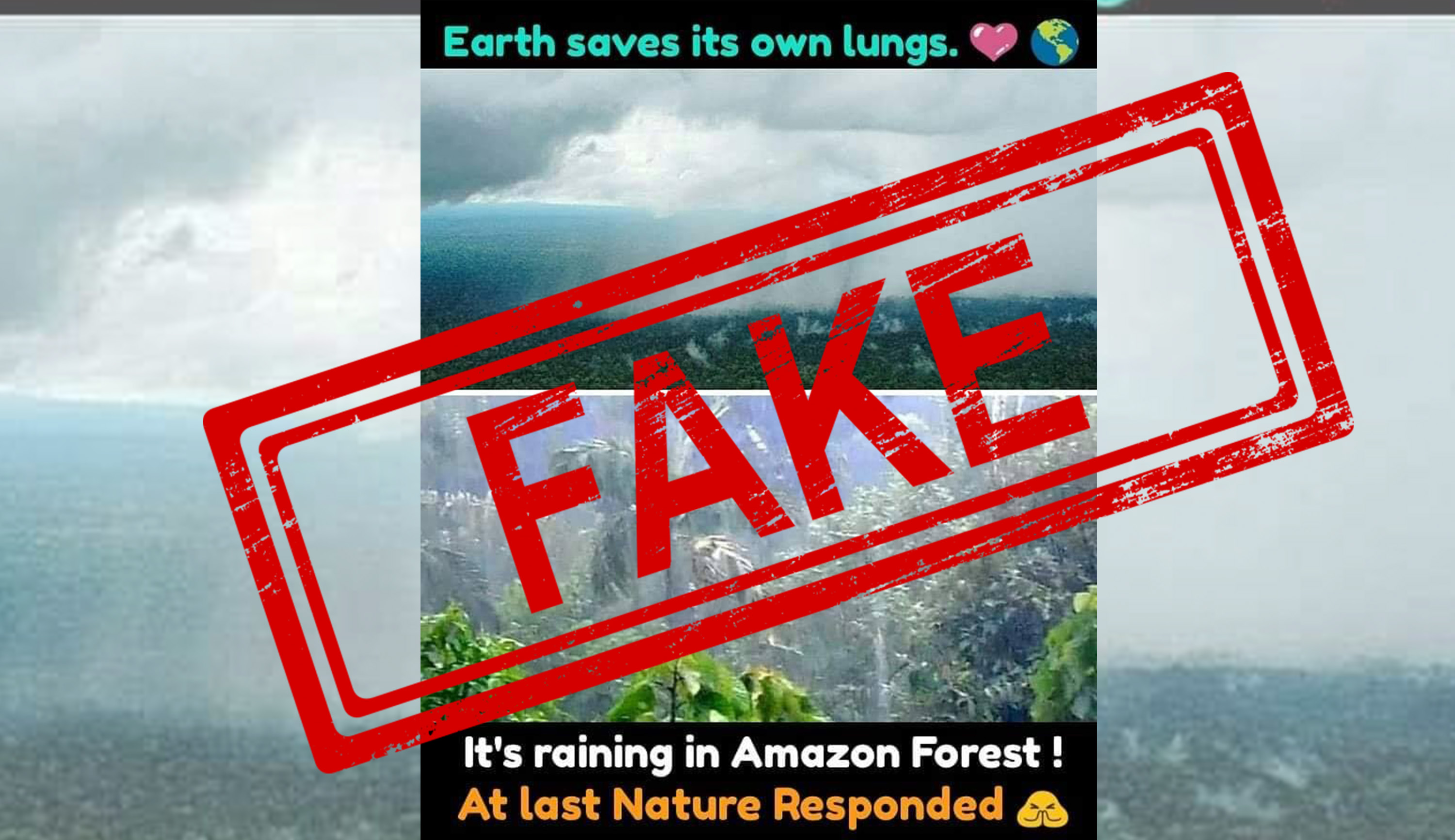 Following the massive fire in Amazon Rainforest, few pictures are making rounds on social media claiming that it is raining in Amazon Forest.

The caption with two pictures read: “Yes, it’s raining at Amazon. Hope, the fire extinguishes soon and the life gets back to normal. 🙏” 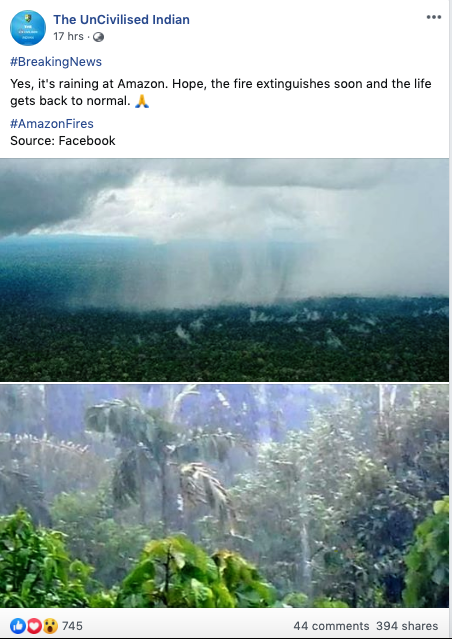 ALSO READ: Fact Checked: This picture is not of the ‘terrorists’ arrested from…

On putting both pictures through Reverse Image Search, we found that the picture was old which were shared with false claims.

We came across a news article dated April 2009 which had used one of the above pictures. 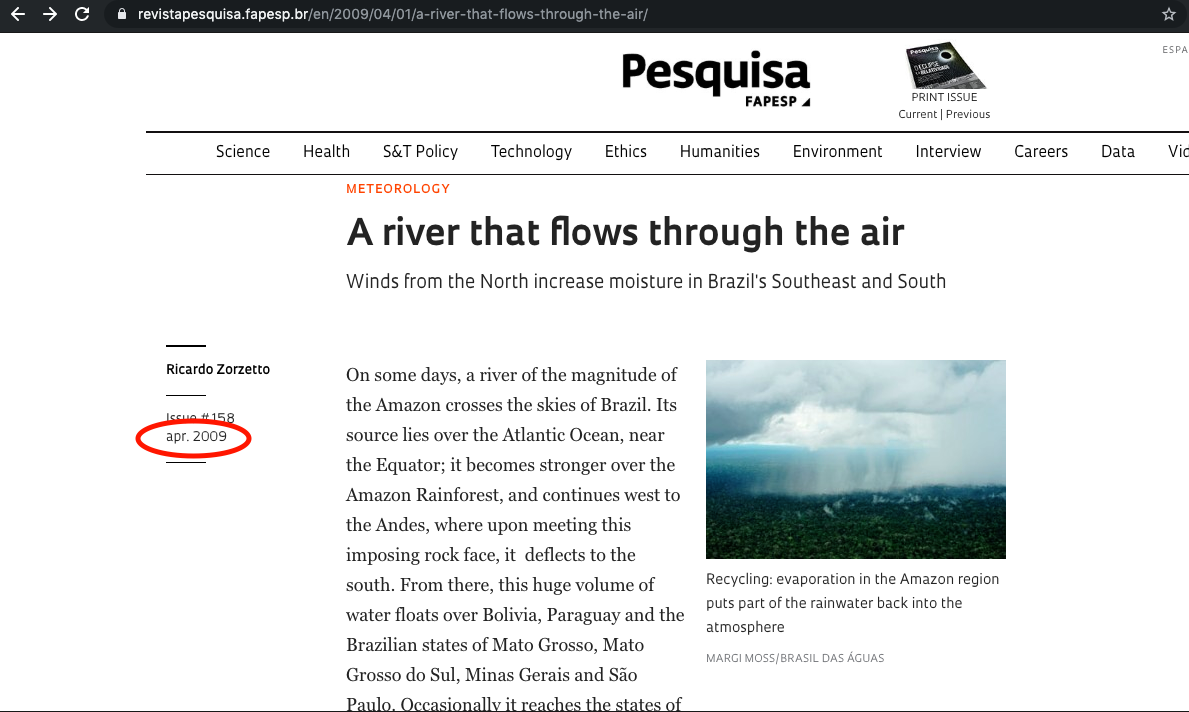 On further checking, we came across another report dated May 17, 2018, which had used the second picture. 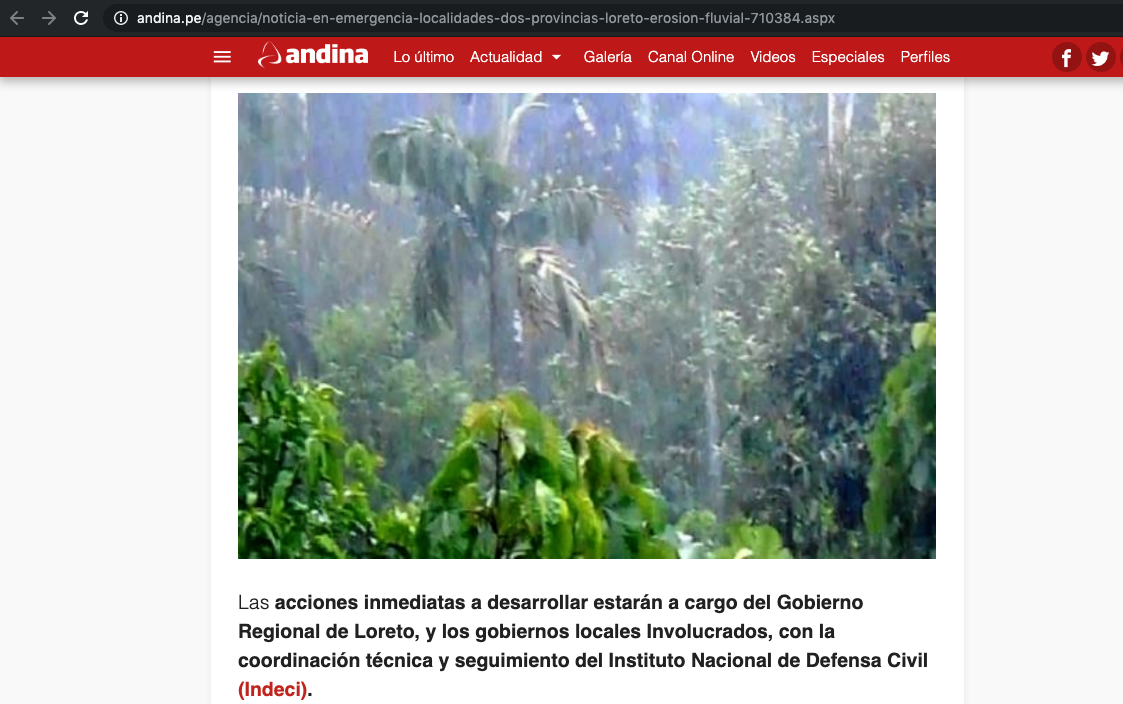 The above information proves that the viral post about rain in the Amazon forest is FAKE.