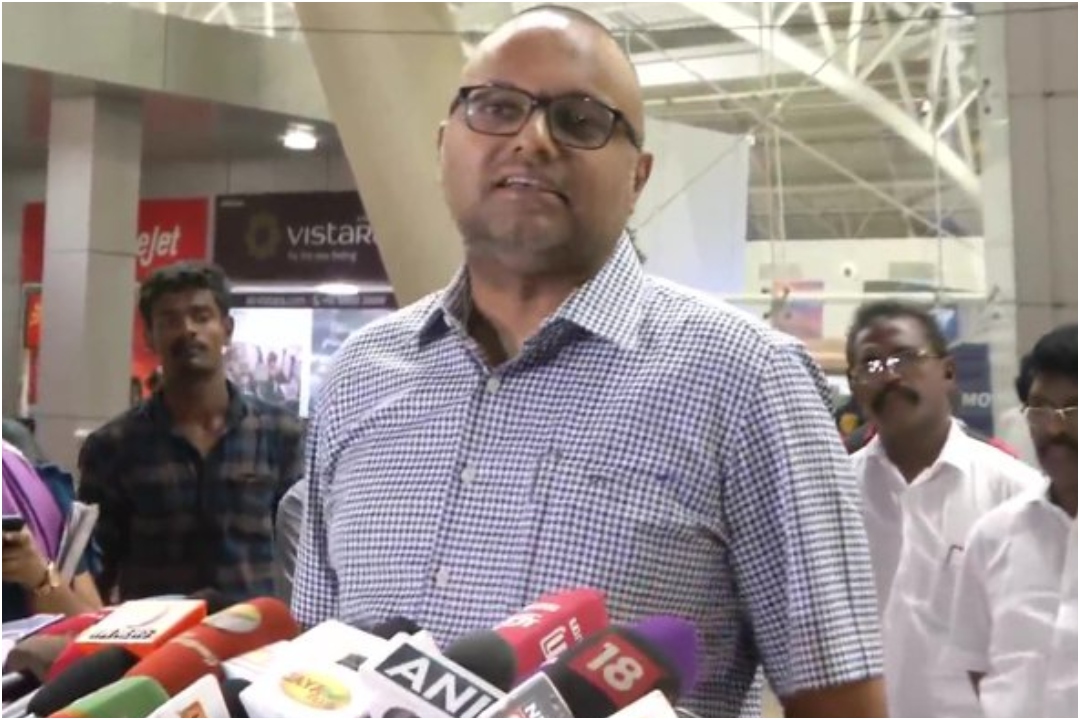 Former Finance Minister P Chidambaram’s son Karti Chidambaram on Thursday said that his father’s arrest by CBI on Wednesday night in connection with INX Media case is being done just to divert attention from the issue of Article 370.

“It (arrest of P Chidambaram by CBI) is being done just to divert attention from the issue of Article 370,” Karti told media here.

“This whole thing is politically trumped-up. There are no merits whatsoever. These are apparently about alleged events which took place in 2008 for which an FIR was filed in 2017. I have been raided four times. I have been summoned 20 times. I have appeared for at least 10-12 hours in each of the summons. I was also the guest of the CBI for 11 days. Everybody who is even remotely associated with me has been summoned and extensively questioned, and still, we don’t have a charge-sheet. There is no case. I have absolutely no link with INX Media,” Karti said.

On the arrest of P Chidambaram, Karti said, “This is like a staged reality show to have all these dramatic visuals on television. There is no reason for this kind of drama… It’s not done in an honest investigation… They are still in an FIR stage. There is no charge-sheet for an event which apparently happened in 2008. Nearly eleven years after you still can’t have a charge-sheet for an event, your FIR was filed in 2017.”

“They will just keep the pot boiling and can have a never-ending investigation. In India, unfortunately, there is no time limit to close an investigation. You can keep the investigation open forever and that’s a great tool for harassment. My father has appeared for every summon which is being served upon,” he said.

He added, “We will go through the legal process. I have full faith in the judiciary. I am very glad that the entire Congress party is with us. I want to particularly thank Rahul Gandhi and Priyanka Gandhi Vadra for coming out in our support. We will win this politically and legally together.”

Chidambaram was arrested in the INX Media case on Wednesday night after he failed to get relief from the Supreme Court over CBI and ED’s pursuit of him as the matter was not heard by the court despite repeated efforts of his lawyers.

After his arrest by the CBI from his Jor Bagh residence, Chidambaram, 73, was taken to headquarters of the probe agency. He is likely to be produced before a CBI court at the Rouse Avenue on Thursday.

Earlier, the former Finance Minister made a dramatic appearance at the Congress headquarters in Delhi and addressed a press conference in which he rejected the charges against him and his son in the INX Media case and said “lies” were being spread by “pathological liars.”

He then left for his Jor Bagh residence from the Congress office and teams of the CBI and the ED reached soon after. He was arrested in the glare of media after over an hour-long drama during which some officials scaled the gates to gain entry to his house. Supporters of the former Finance Minister raised slogans and tried to stop officials from taking him away. Some of them also blocked the road in protest.

CBI sources said that Chidambaram was arrested on an arrest warrant issued by a competent court. The CBI and ED filed caveats in the Supreme Court over Chidambaram’s plea seeking protection from arrest in the INX media case.

Rejecting the charges against him and his Karti in the INX Media case, Chidambaram said FIR does not impute any wrongdoing by him and there was no chargesheet either by the CBI or ED before the competent authority.