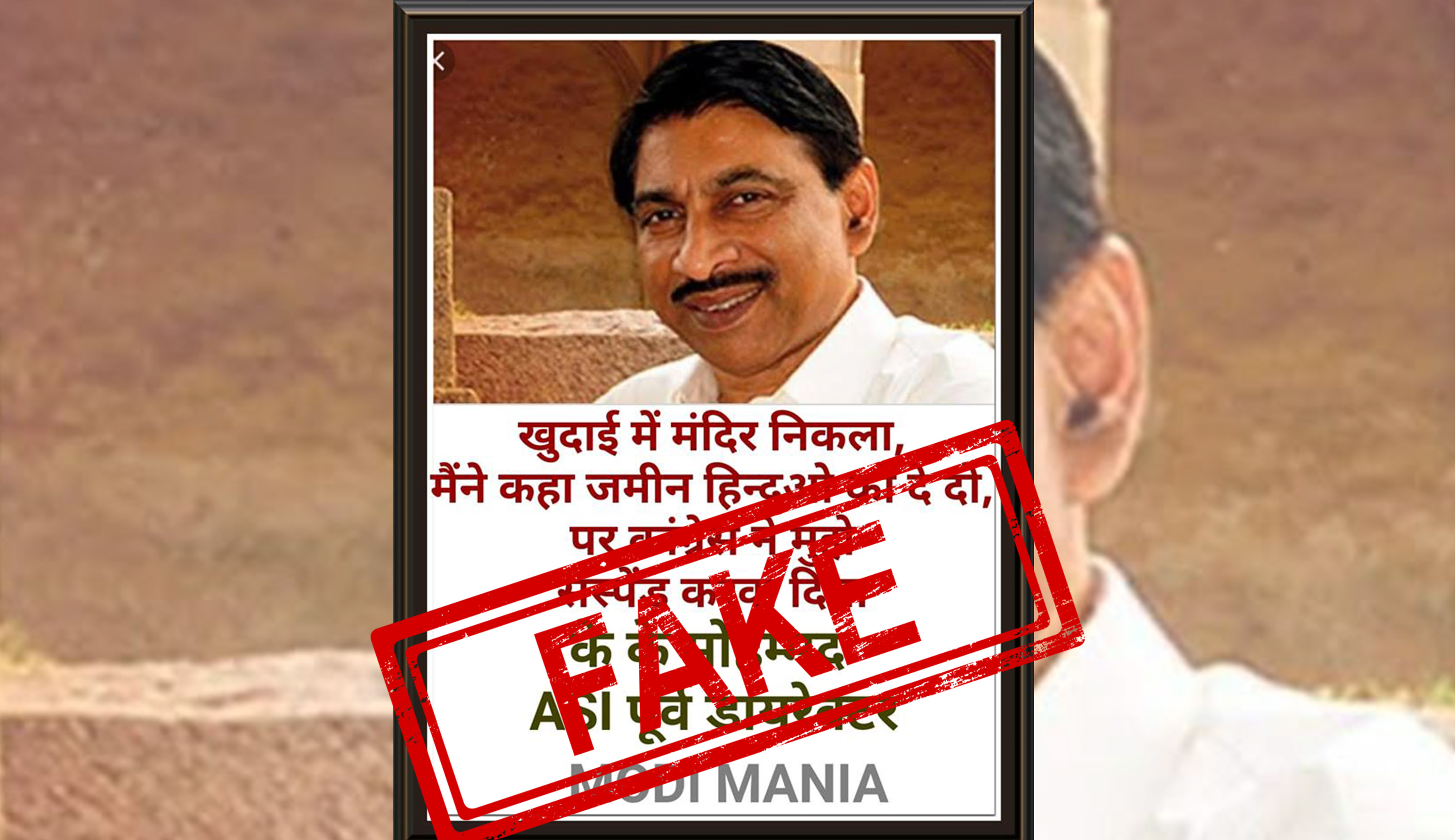 A quote attributed to former Director of Archaeological Survey of India (ASI), KK Muhammed, is doing rounds on social media according to which he had said that ‘he was suspended by the Congress government upon his suggestion of giving land, where he discovered a temple, to Hindus’.

(Translation: “In the excavation, the temple came out. I suggested to give the land to the Hindus but the Congress suspended me.” KK Muhammad, former ASI director) 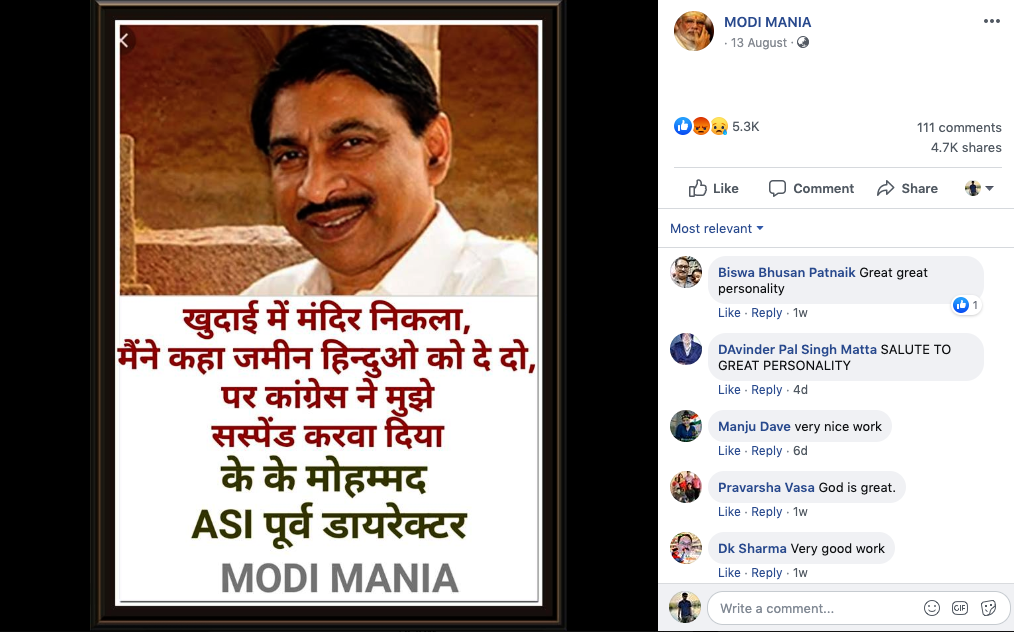 Team of fact-checker at NewsMobile checked the above post and found it to be false.

First, we put the exact quote through a Google search but we didn’t find and authentic report which had quoted KK Muhammed with the exact statement. 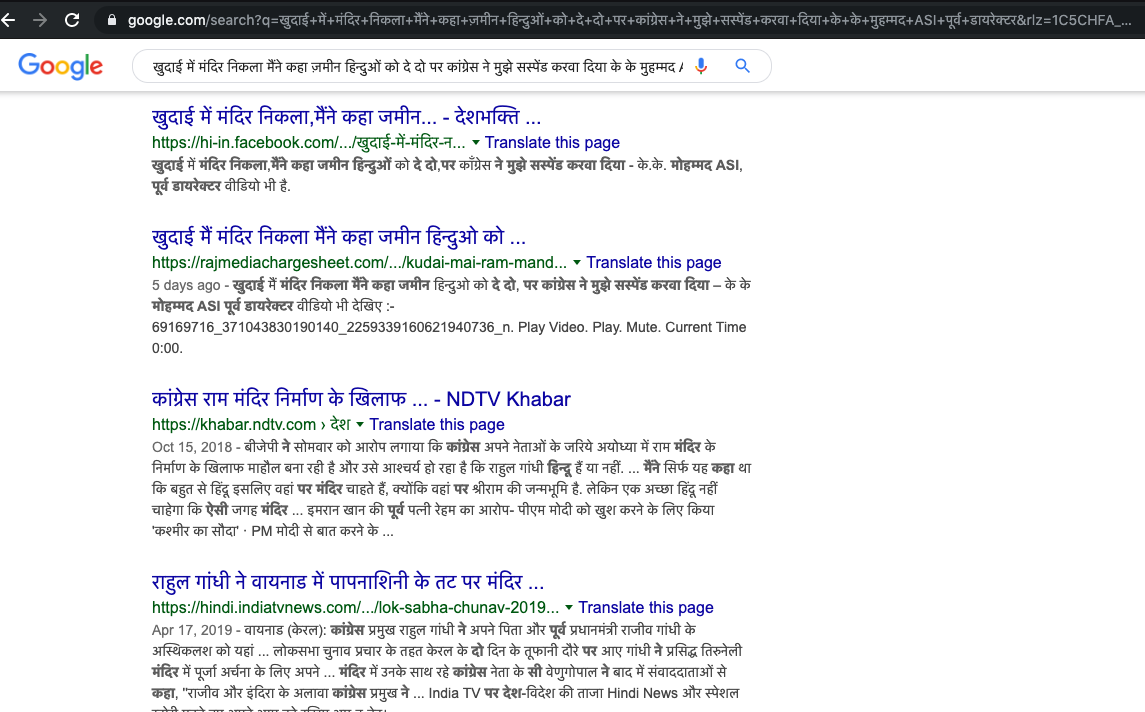 We further searched with keywords such as ‘KK Muhammed ‘, ‘Congress’, ‘Suspend’, ‘Temple’, ‘Hindu’, but there were no reports of Muhammed being suspended by the Congress government.