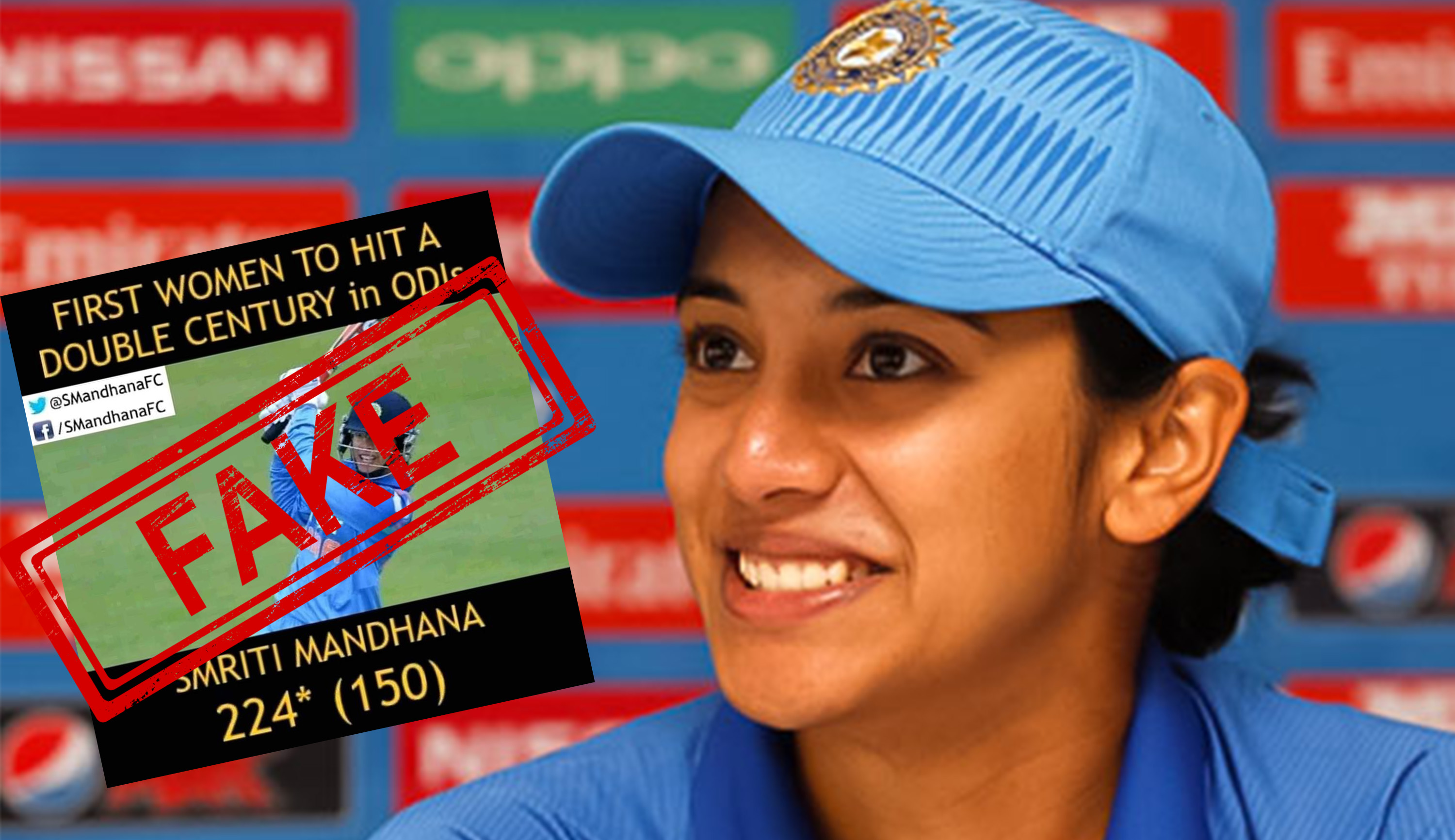 A picture post is doing rounds on the social media which has the picture of the Indian woman cricketer, Smriti Mandhana, with a claim attached to it that says that she has become the first woman to score a double century in One Day Internationals (ODIs). 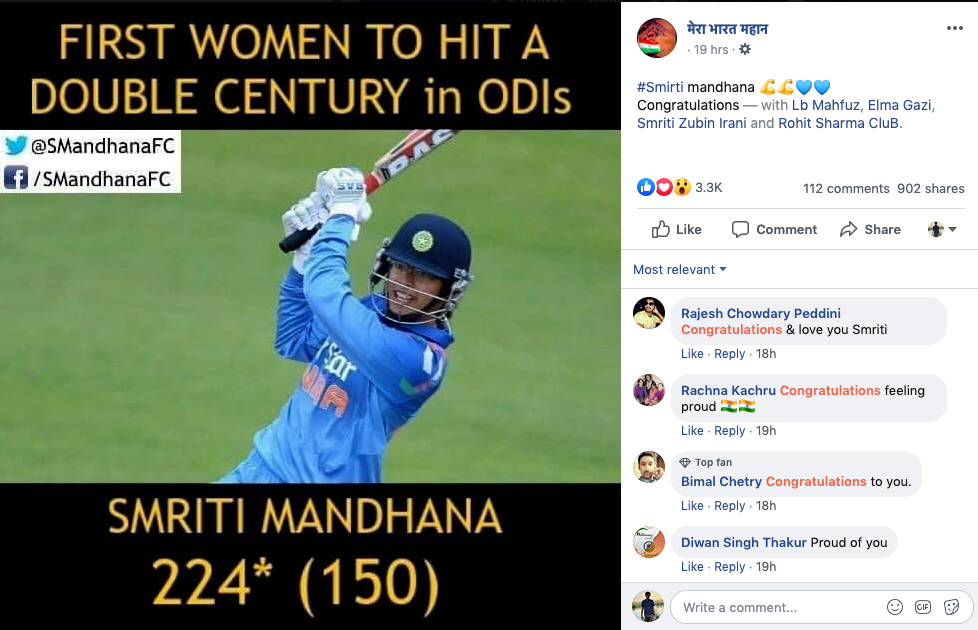 At the time of filing this report, the above post was shared by over 900 Facebook users. Several other pages/profiles shared the same picture.

NewsMobile fact-checked the claims made in the above post and found them to be false.

When we looked at the statistics, we found that Smriti Mandhana never scored a double century in One Day Internationals (ODIs). As per the latest stats on ESPN CricInfo, her highest individual score in ODI is 135 runs. 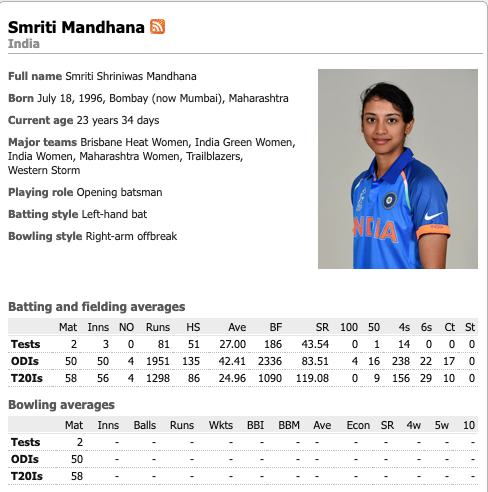 But, as claimed in the above post, Mandhana did score 224 runs at the domestic level. On digging further, we came across a news article by ToI dated October 31, 2013, which reported Smriti Mandhana’s unbeaten 224-runs knock in a One Day match. 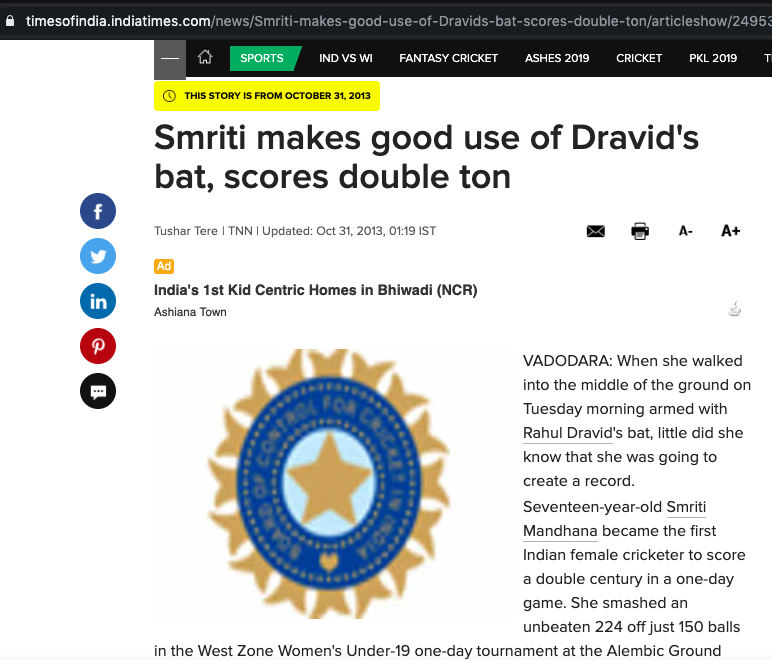 Meanwhile, the first woman cricketer to score a double century in ODI was Australia’s Belinda Clark who scored 229-runs in 155 balls on December 16th, 1997.

Hence, the above information proves that the claims in the above posts are false.