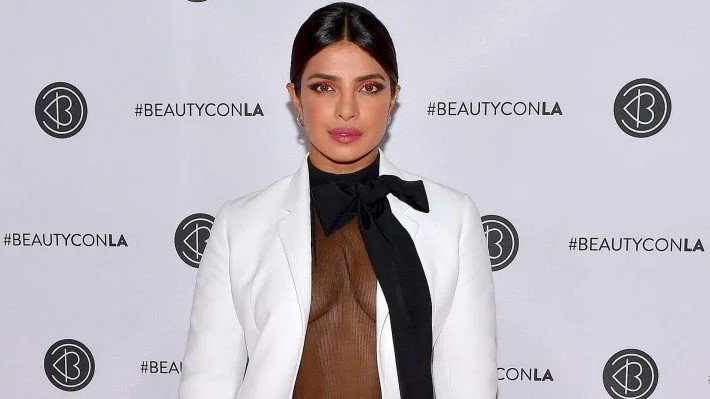 “I wish to draw your attention to the issue of Ms Priyanka Chopra whom you have appointed as a UN Goodwill Ambassador for Peace,” the letter addressed to UNICEF Executive Director Lenrietta Fore on Tuesday read.

Detailing the false narrative maintained by Pakistan in the aftermath of the abrogation of Article 370, the letter went on to say, “Ms Chopra has publicly endorsed this Indian government position and also supported the nuclear threat issued to Pakistan by the Indian Defence Minister.”

The letter said that Chopra’s remarks go against the principles of peace and goodwill that the actress is supposed to uphold as the Goodwill Ambassador for Peace.

“Her jingoism and support for violations by the Modi government of international conventions and UNSC resolutions on Kashmir, as well as support for the war, including nuclear war, undermines the credibility of the UN position to which she has been elevated,” read the letter.

In response to having been called a ‘hypocrite’ by a Pakistani woman during an event for supporting the Indian Army during the Balakot airstrike, Chopra had said that she was not fond of war but considered herself patriotic.

“You are the United Nations’ Goodwill Ambassador for Peace and you are encouraging nuclear war in Pakistan. There is no way you are in this …As a Pakistani, millions of people, like me, have supported you in your business,” the Pakistan woman had said.

Responding to the woman composedly, Priyanka said, “I have many, many friends from Pakistan and I am from India. War is not something I’m really fond of but I am patriotic, so I’m sorry if I hurt sentiments to people who do love me and have loved me.”