Home Global Traveler Mumbai sees the return of Victorian carriages, but with a difference!

There was a time when South Mumbai and specifically areas around the beach, was resplendent with horse drawn carriages that were a common sight. Families would embark on short journeys in the cool breeze. This, by far, defined the soul of Mumbai.
Today, it’s nearly been three years since this sight vanished from Mumbai. Three years since the horse drawn carriages went off the streets of Mumbai.
These buggies were banned in 2016 on grounds of animal cruelty. 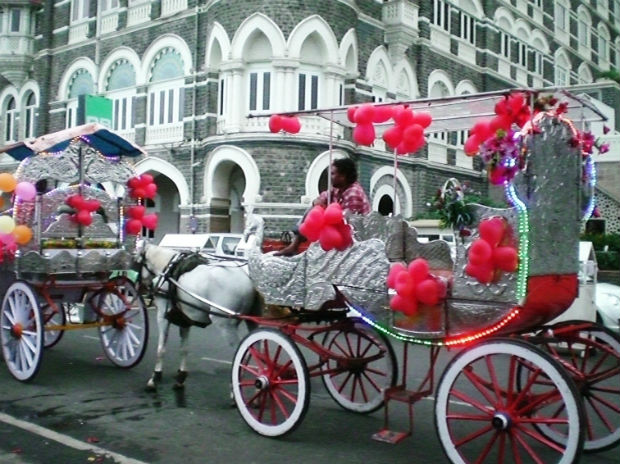 But, now, there is a ray of hope and the silvery carriages are making their way back to the streets of Mumbai albeit, with a clause that no horses will draw the carriages.

The Victorian styled carriages will remain just like the former ones except that instead of horses drawing the buggies, they are now going to be automated. This was confirmed by Ketan Kadam, founder and CEO of Ubo Ridez. They run at the speed of 20km an hour and will be equipped with GPS-driven audio tours. This will bring with it the additional feature that people can hear the story of the monument that they pass by. Tourists can also choose the language for the audio tour.

And if hearing history is not your cup of tea, just connect to Bluetooth and enjoy music of your choice. The carriage is also environment-friendly. Lead-acid batteries that are usually used in cars will be substituted with lithium-ion batteries.

Aaditya Thackeray, president of Yuva Sena, the youth wing of Shiv Sena, also tweeted about this.

This is what we are bringing to the heritage precincts of Mumbai, while the @mybmc restores heritage zones. The Victoria tangas are gone but we’re bringing electric vehicles, no animal cruelty and environment friendly. Happy to be a small part of pushing for this pic.twitter.com/ah3W7aNCWh

One of the prime reasons for the discontinuation of these carriages was the ill treatment meted out to the horses. The horses were often poorly kept: in bad health, scarred and starved of rest. Animal rights groups said they were usually malnourished and suffered from anaemia, with protruding rib cages and pelvic bones, and swollen joints. Some of them even met with accidents and were often left to die.

In 2015, the government put an end to this cruelty by banning these carriages. Mumbai saw the last of these carriages in 2016, leaving scores of people jobless. UBO Ridez will hire the same people who lost their jobs.

So, get set go and enjoy Mumbai in a new light now.