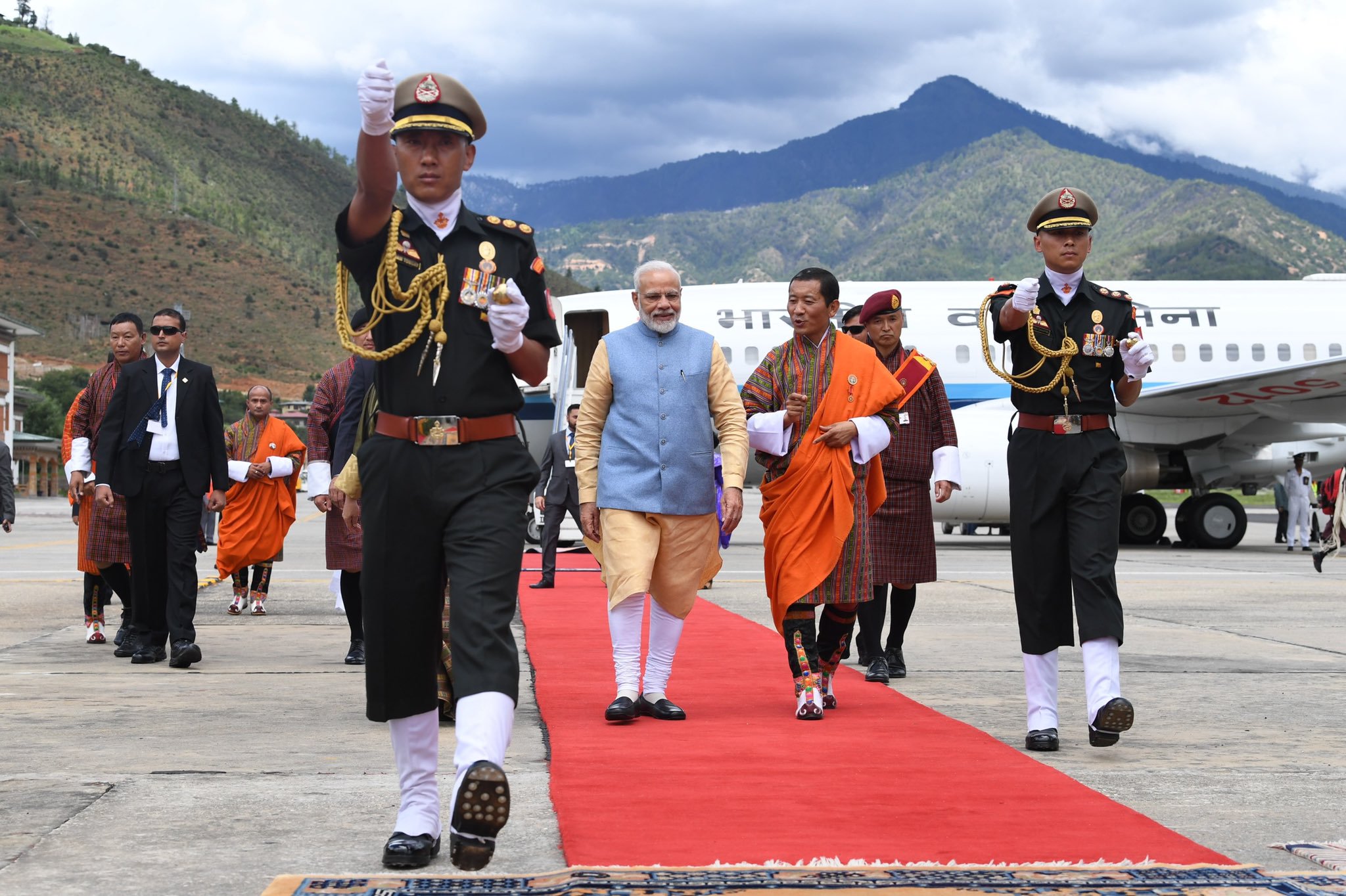 PM Modi’s visit is aimed to strengthen bilateral ties with the Himalayan nation in various fields.

PM Modi received a Guard of Honour on his arrival.

This is Modi’s second visit to Bhutan and his first since his re-election as Prime Minister.

In his departure statement, the Prime Minister said on Friday that India-Bhutan partnership forms an important pillar of New Delhi’s ‘Neighbourhood First’ policy and expressed confidence that his two-day trip will promote the time-tested ties between the two countries.

Modi will arrive at the Paro International Airport and will officially begin his engagements by visiting the Simtokha Dzong, a monastery built by Ngawang Namgyal who unified Bhutan.

Bhutan India’s closest friend in the region. Bhutan has been with India through thick and thin. The strategic buffer between India and China has continued to resist Chinese attempts to expand influence in the country. India-Bhutan’s development partner and buys hydropower from the country. Strategic message to the rest of the world that India and Bhutan relationship are strong.

On the second day of his visit, Modi is scheduled to visit the National Memorial Chorten. He will also be attending a cultural performance at Tashichhodzong – a Buddhist monastery – hosted in his honour.

The Prime Minister will also address the students at the Royal University of Bhutan.

During the visit, 10 MoUs are slated to be signed between the two close neighbours in fields like education amongst others. Five inaugurations are also expected to take place, including that of the Mangdechhu hydroelectric power plant and the ISRO-built earth station in Thimphu.

India and Bhutan share a special and time-tested partnership, anchored in mutual understanding and respect and reinforced by a shared cultural heritage and strong people to people links.

“The visit is in keeping with the tradition of regular high-level exchanges between the two countries and provides an opportunity to the two sides to discuss ways to further strengthen and diversify the bilateral partnership, including economic and development co-operation, hydropower co-operation, people-to-people-ties as well as share views on regional matters and other issues of mutual interest,” an MEA statement said.

After wrapping up his bilateral engagements, Modi will depart for New Delhi from Paro on Sunday.