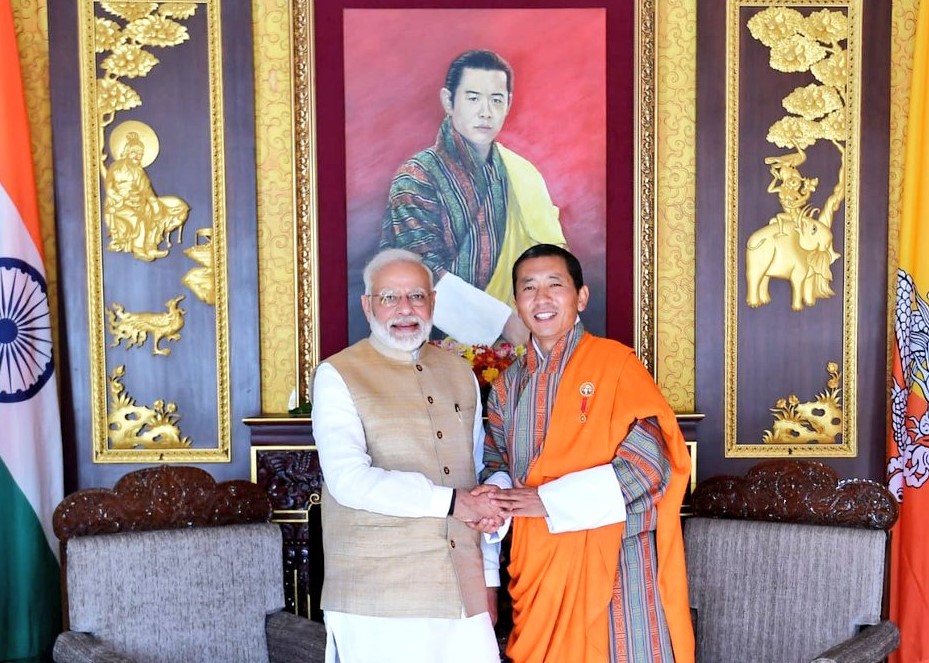 On the first day of his two-day visit to Bhutan, Prime Minister Narendra Modi held a wide range of discussion with his Bhutanese counterpart Lotay Tshering and announced a slew of measures to boost the bilateral ties between the two countries on Saturday. 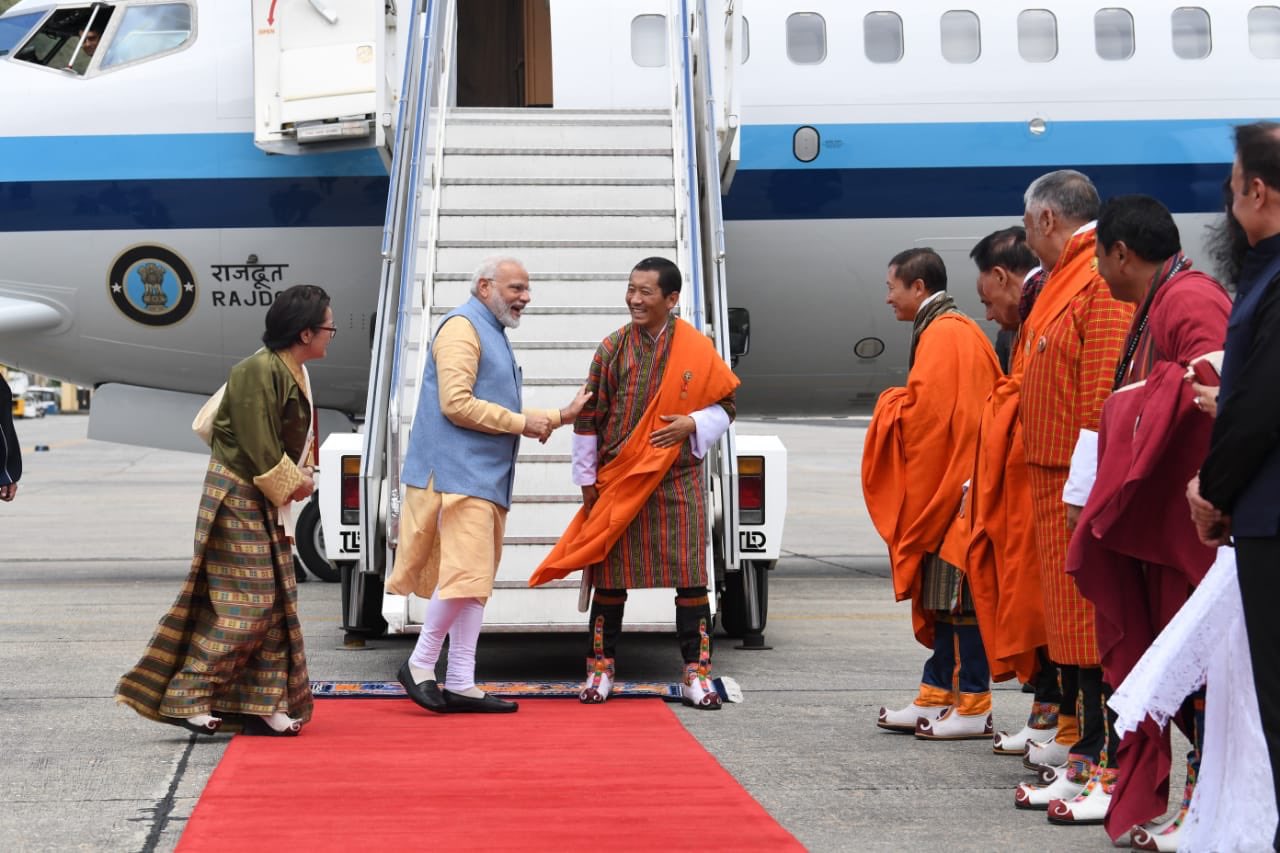 “We had a comprehensive meeting, where we deliberated on the relations between India and Bhutan. There is great scope to further improve economic and cultural ties between our nations,” Prime Minister Modi said. 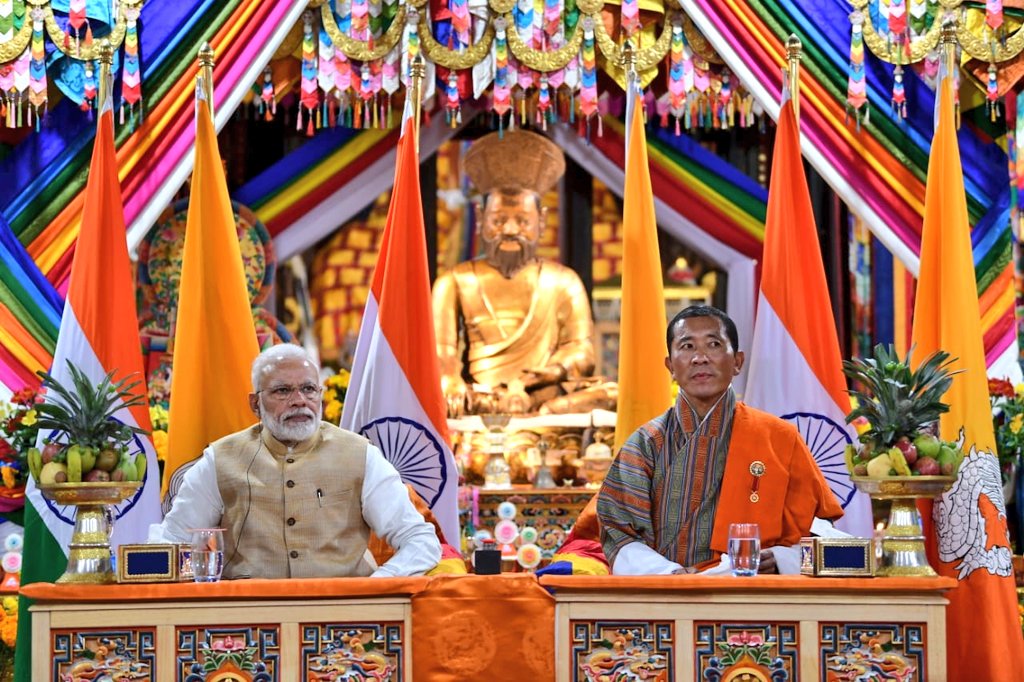 Whereas, PM Tshering said India and Bhutan may vary in size but their beliefs, values and motivation are common. “On his (Modi) first visit to Bhutan, I remember him saying that Bhutan and India are close not because we have open borders, but because we have opened our hearts to each other. Your visit this time shows how much you meant it,” he said.

#Bhutan PM (Dr.) #LotayTshering: On his (#PMModi) first visit to Bhutan in 2014, I remember him saying that Bhutan & India are close not because we have open borders, but because we have opened our hearts to each other. Your visit this time shows how much you meant it @PMBhutan pic.twitter.com/Vk1AtOZ4Mh

The two countries signed 10 MoUs in the field of space research, aviation, IT, power and education. 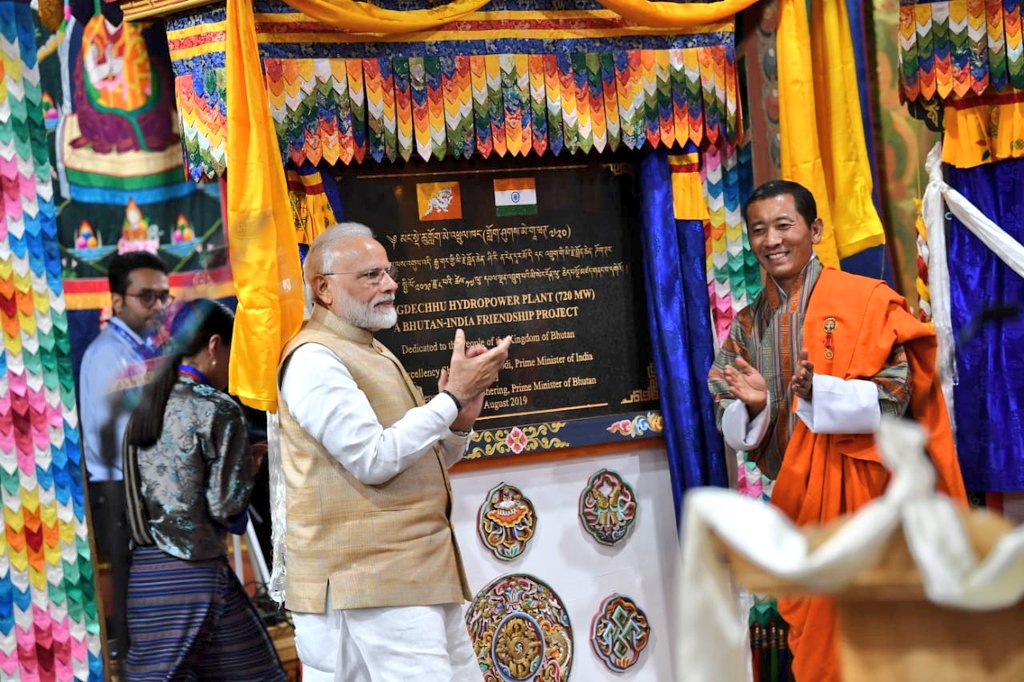 Both the leaders inaugurated the Ground Earth Station and SATCOM network, developed with assistance from ISRO for utilization of South Asia Satellite in Bhutan. 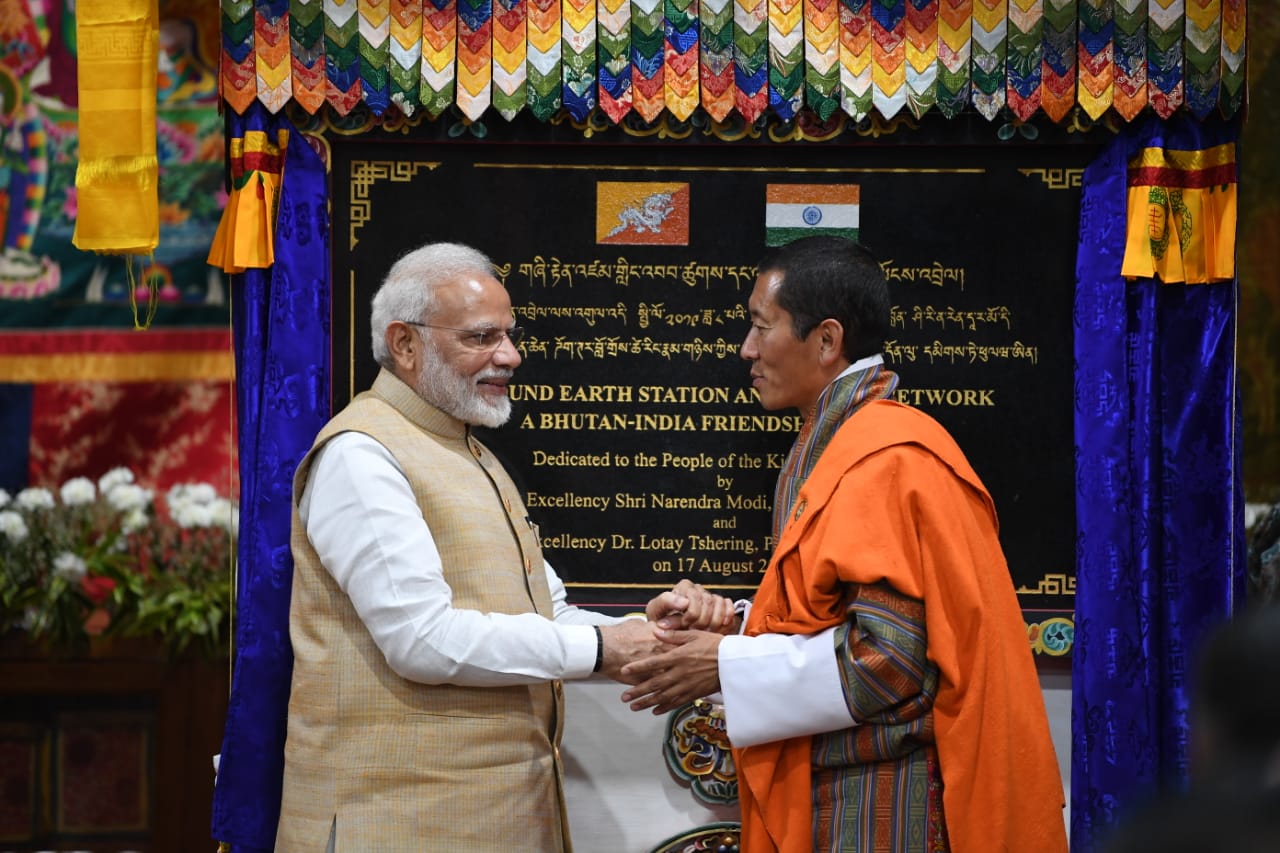 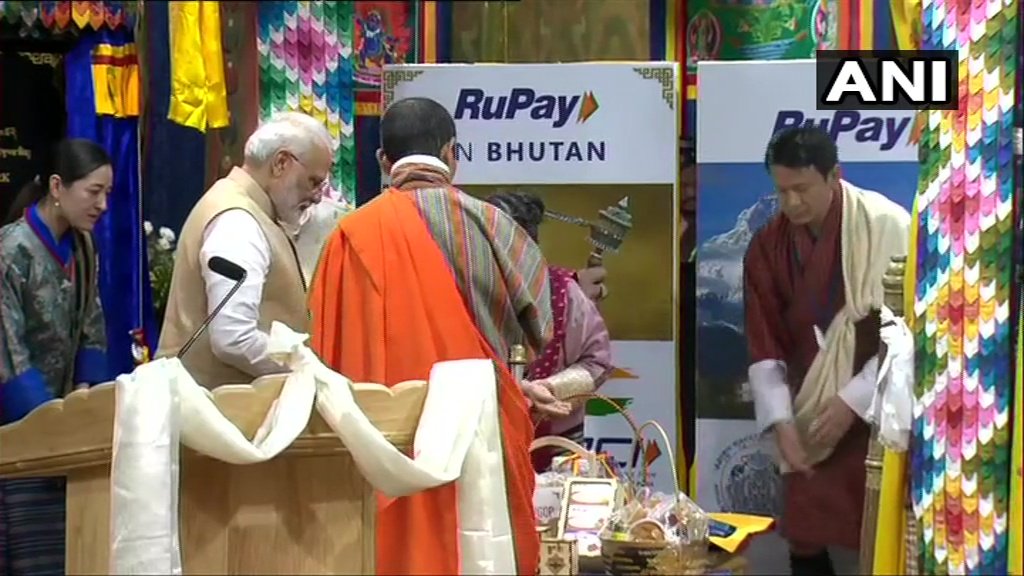 The duo jointly inaugurated the extension of India’s National Knowledge Network to Bhutan. 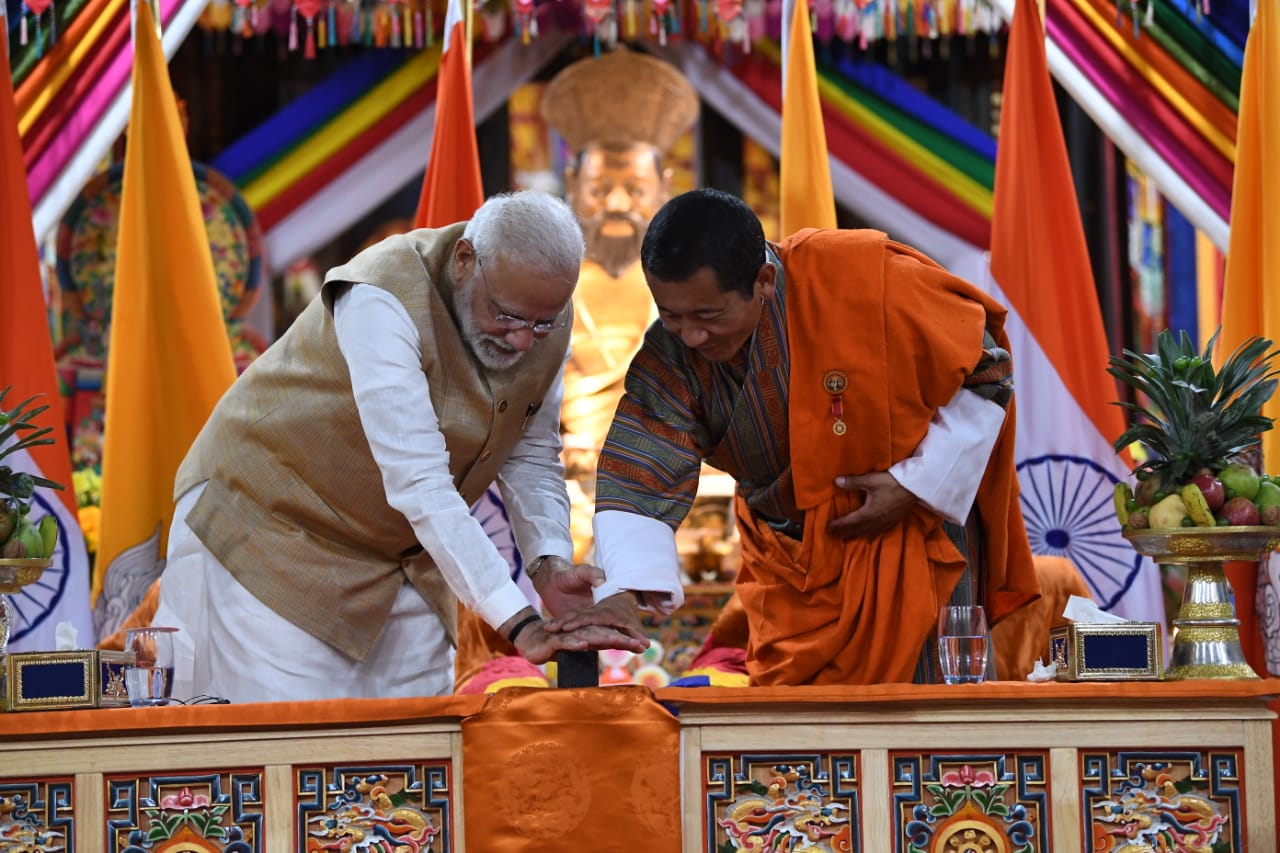 On his second day, Modi will also address young Bhutanese students at the prestigious Royal University of Bhutan on Sunday.