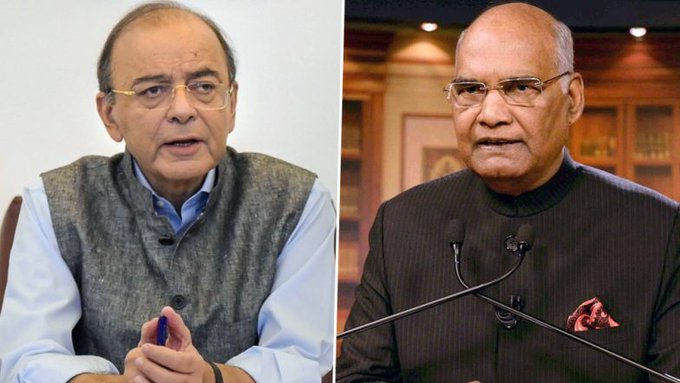 President Kovind is expected to visit the ailing BJP leader at around 11:00 am today.

Jaitley was admitted to AIIMS on August 9 due to breathing problems.

Earlier on Saturday, Vice President Venkaiah Naidu had visited AIIMS to meet Jaitley and was informed by doctors that the BJP leader is responding to treatment.

In May this year, shortly after the BJP came back to power with a thumping majority, the 66-year-old had opted out of the new cabinet citing health condition.

Jaitley is undergoing treatment at the Intensive Care Unit of the hospital.