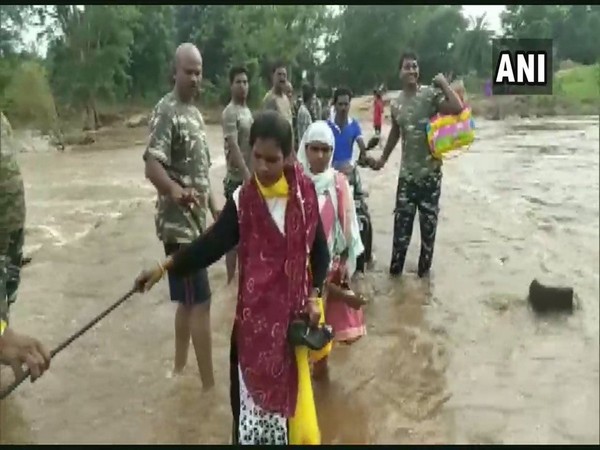 The Central Reserve Police Force (CRPF) personnel on Thursday formed a human chain to help the locals cross a bridge, which had submerged in floodwater in Chhattisgarh’s Sukma district.

The security personnel stood for one and a half hours and helped people advance through the troubled waters.

“The CRPF workforce helped several women cross the bridge to meet their brothers on Raksha Bandhan,” a local told ANI.

They also carried several children on their shoulders across the inundated bridge.

Incessant rainfall has led to flooding in various parts of Chhattisgarh. The people, from the low lying areas, are being evacuated to safer places by the rescue teams.

The Meteorological Department has issued a red alert as the chances of flooding in more areas is anticipated.