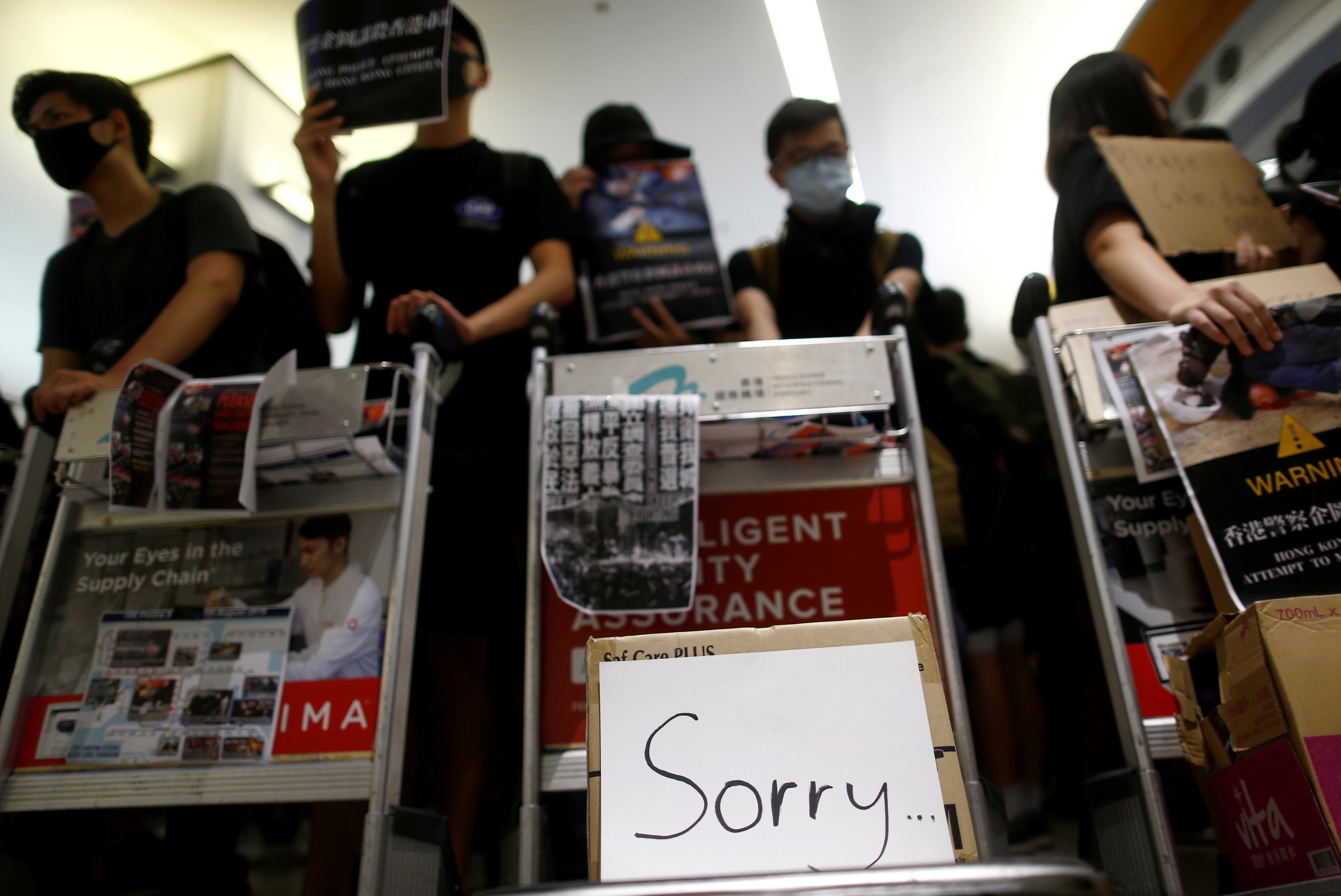 Following clashes between police and protestors on Tuesday, the Hong Kong International Airport returned to normal operations on Wednesday.

According to reports, more flights appeared to be running on a schedule based on one of the departure boards at the airport.

Moreover, the airport was cleaned up and graffiti was covered up with white sheets of paper.

As scores of protestors blocked departure areas at the airport, flights from Hong Kong were cancelled or delayed for two days.

ALSO READ: Trump’s offer of mediation not on the table anymore: Indian ambassador to the US

Hong Kong government condemned the recent demonstrations of protesters at the Airport which resulted in violence and attacks on police.

“The Government severely condemns these violent acts, which are outrageous and have overstepped the bottom line of a civilised society. The Police will take relentless enforcement action to bring the persons involved to justice,” the statement said.

Amidst the chaos, protesters detained a reporter for Chinese state-run newspaper Global Times and zip-tied him to a luggage cart.

Hong Kong has been in the throes of protests since early June. The demonstrations were triggered by a now-suspended bill which would allow suspects to be extradited to China to face trial.

Even though the bill has been suspended by local authorities, the protests have continued and taken on a more pro-democracy outlook. Protesters have also demanded an inquiry into police authority and alleged brutality. Several clashes have taken place between protesters and the police ever since the beginning of the agitation.

China has decried the protests, with one Chinese official alleging that the demonstrations have “begun to show signs of terrorism.