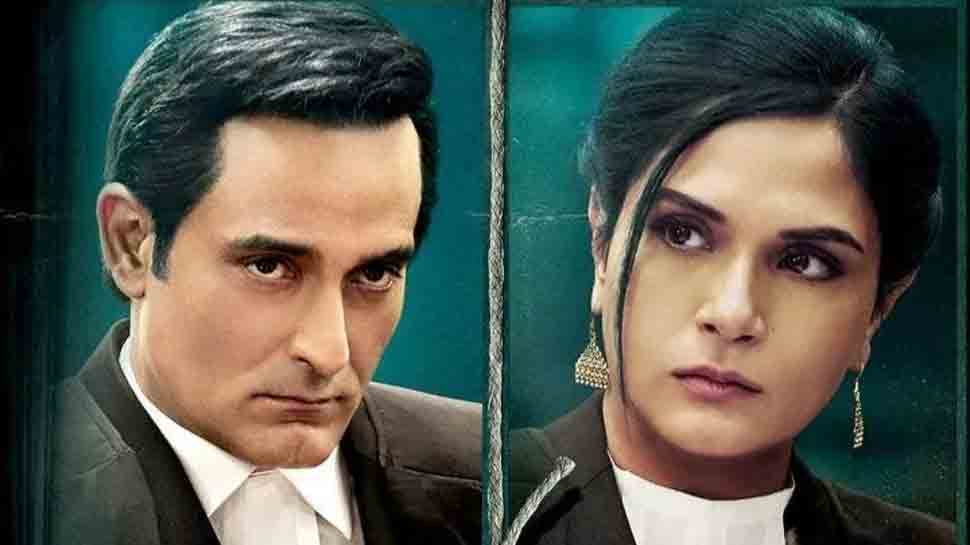 The first official trailer of Akshaye Khanna and Richa Chadha starrer ‘Section 375’ was dropped by the makers today and the courtroom drama promises to be a gripping tale.

The courtroom drama, which features Richa Chadha and Akshaye Khanna in the lead roles, touches upon Section 375 of the Indian Penal Code.

The 2.46-minute-long trailer showed Richa and Akshaye playing advocates for a rape survivor and an accused respectively.

A courtroom drama, ‘Section 375’ is directed by Ajay Bahl and produced by Kumar Mangat Pathak, Abhishek Pathak and SCIPL. It is based on Section 375 of Indian Penal Code laws, in India. The film is scheduled to be theatrically released in India on September 13, 2019.

The former director, Manish Gupta, who had penned the script, was reportedly removed from the project after a fallout with the film producer owing to Akshaye’s alleged preference for ‘The Accidental Prime Minister’.