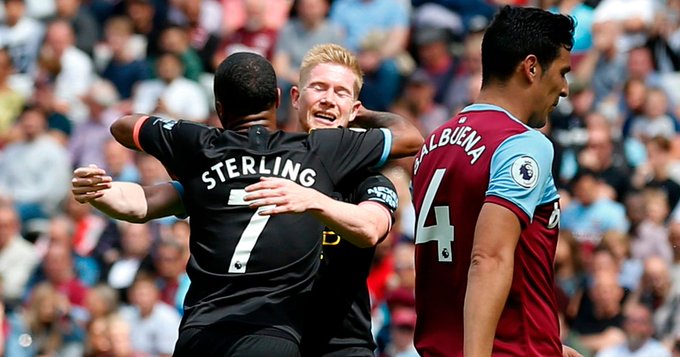 Manchester United dominated West Ham throughout in their Premier League opener as the former registered a massive 5-0 win at the London Stadium on Saturday.

Raheem Sterling was at his devastating best in the match as he netted three goals. Gabriel Jesus scored the opening goal of the match when the game was in the 25th minute.

Sterling then scored two goals in the 51st and 75th minutes handing a three-goal lead. Manchester City were given a penalty in the 86th minute and Sergio Aguero converted it consolidating his team’s position in the match.

However, Sterling was unstoppable as he scored another brilliant goal in the extra-time, 91st minute, taking the lead to 5-0.

West Ham displayed a dismal performance in the match. They failed to score even a single goal and, consequently, the match concluded on 5-0.

Manchester City will now face Tottenham on August 17 while West Ham will compete against Brighton on the same day.