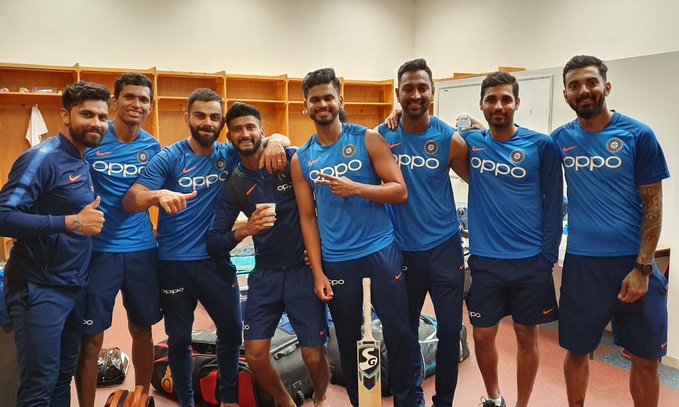 India skipper Virat Kohli on Friday shared a picture with his teammates with the caption ‘squad’ but the fans only wondered ‘where is Rohit Sharma?’

Soon after Kohli posted the picture, fans as asked: “Where is @imRo45? In the #Squad.” 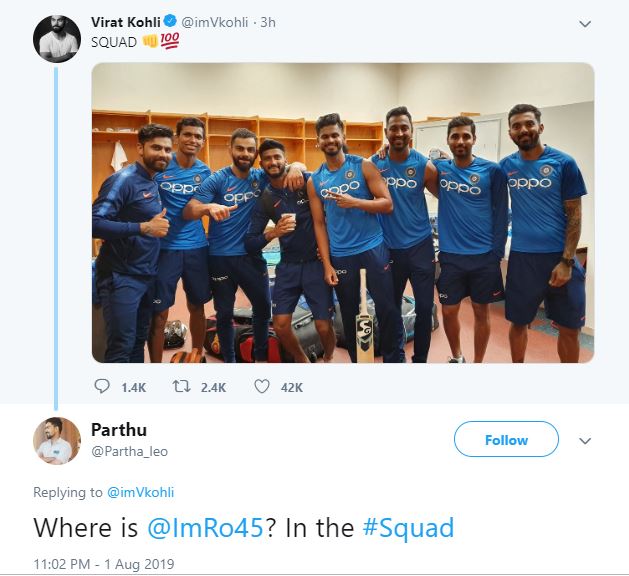 Another user asked: “where is our Hero Rohit Sharma.” 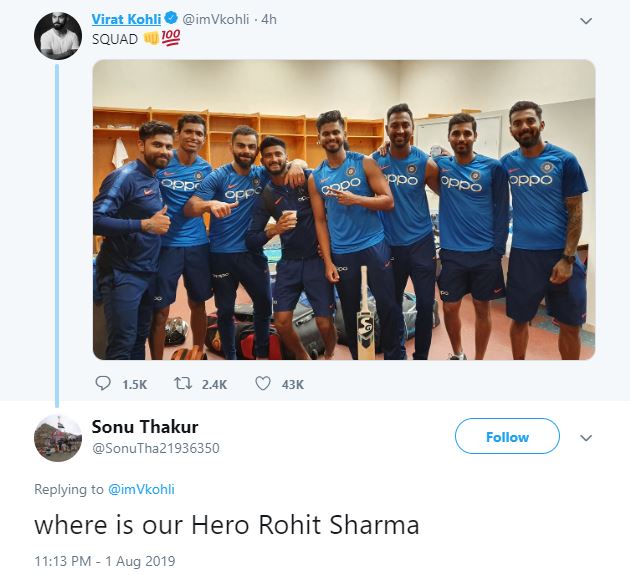 “Why @ImRo45 is not included in this squad,” wrote another user. 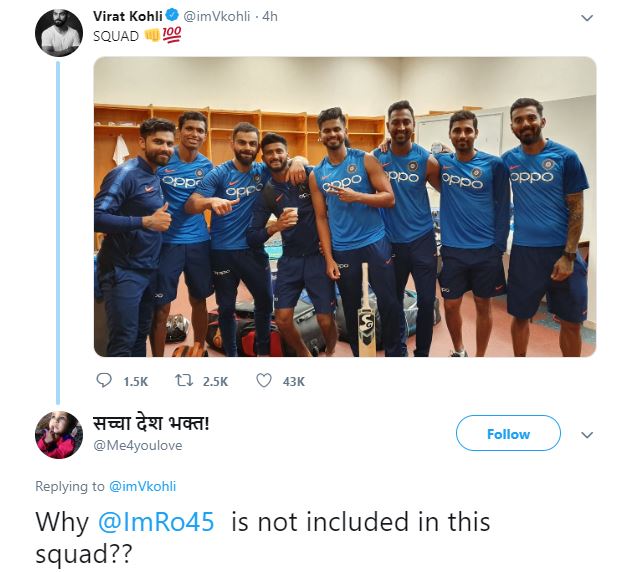 Moreover, before departing from India to play against West Indies, Kohli had shared picture in which Sharma was missing. 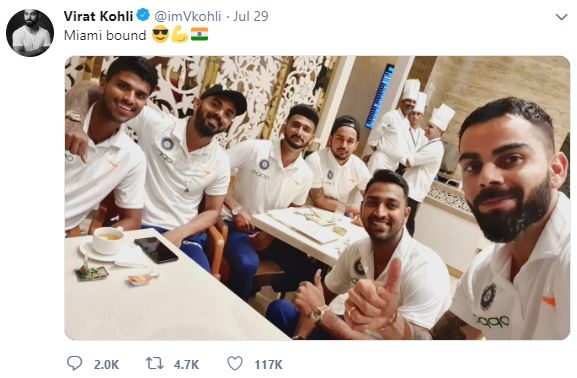 Although Kohli has rubbished the rumours of having a rift with Sharma, these incidents have forced fans to speculate if there are issues between the two.

A fan tweeted: “Where is @ImRo45? You are proving the rumours as facts by missing out on him in the picture.”

However, a fan urged both the players to do away with the speculated rift and share images together.

“We Indians as a cricket fans urge you both @imVkohli @ImRo45 kindly delete rift between both you have and share images both together on Twitter by heart by soul,” he wrote.

India will play their first T20I against West Indies on August 3.